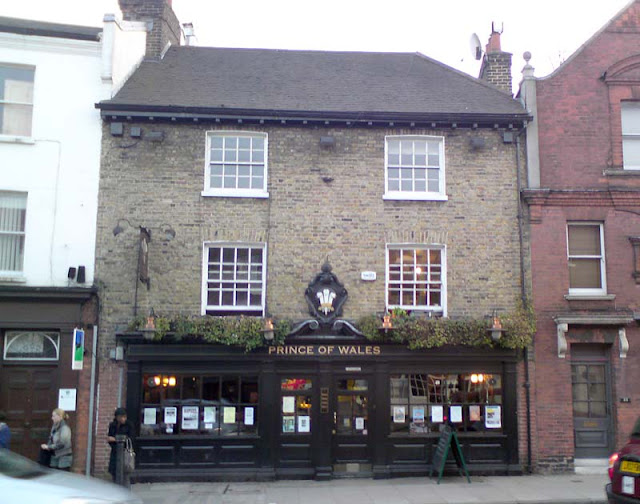 A mate of mine died the other week. Not a really close mate or someone I knew incredibly well, but still a mate. I hadn't seen him for a while, but it's still a shock. We're used to old folks dying, and that's upsetting enough. We even expect to bury our parents one day. It's how things happen. But when a young man dies, a young talented man with a new-born baby, well it's just not right. 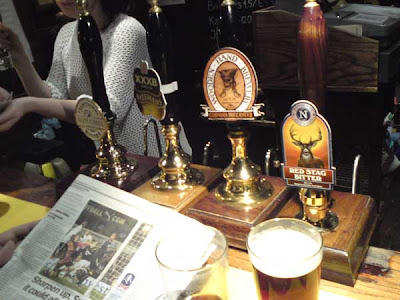 The wake was in the Prince of Wales in Highgate - he was a local lad. I sampled much of Red Stag Bitter, which was a good proper tasty bitter. Given the occasion I didn't let the pompous burk at the bar annoy me who was holding court and ranting about mobile phones, the Duckworth-Lewis method and accusing someone of taking his pint when his was behind him. Well, annoy me too much anyways. Nor did I get annoying by the mouth-watering but all-invasive aromatic pong of the Thai food. 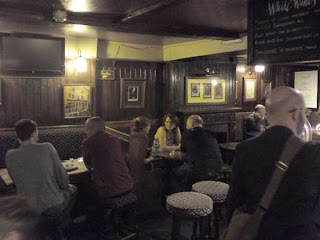 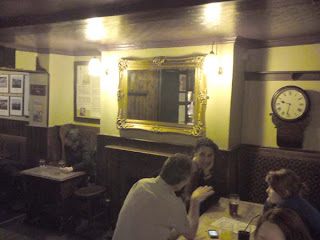 The Prince of Wales is a lovely pub. And we have him a lovely send off. Lots of lovely people, and lots of lovely love for Nick. We gave him a good send off, but it's never really why you want to be in a pub. RIP mate.

If you're curious about the talent I mentioned, check Nick out here, singing and playing guitar with his band the Dirty Feel. I don't want to sound wishy-washy romantic or melodramatic, but he'll live on.
By Albert Trinker on 31.3.12

Email ThisBlogThis!Share to TwitterShare to FacebookShare to Pinterest
Location: London N6 4BE