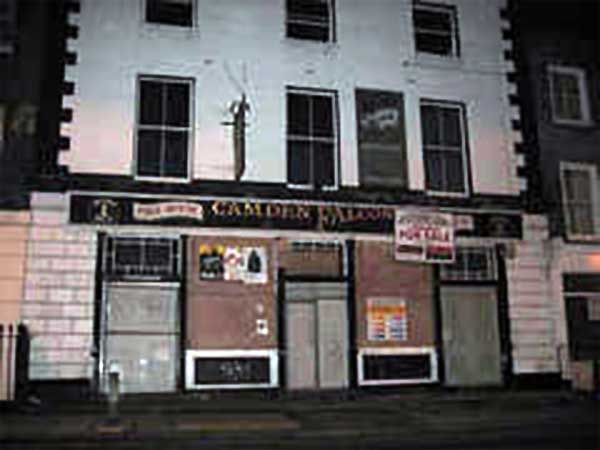 This is first pub in Camden that I remember causing much angst when it became known it was going to close, which was some time ago now. Ten or twelve years probably. I would go there to watch bands, and don't remember much now. I remember a triangular stage I think, and a friend who was playing there one night being stalked by his eccentric Japanese ex who walked round cupping a toy frog in her hand.

Predictably it's luxury flats now, and sadly this is the only photo I can find on the net - admittedly after a very half-hearted search.