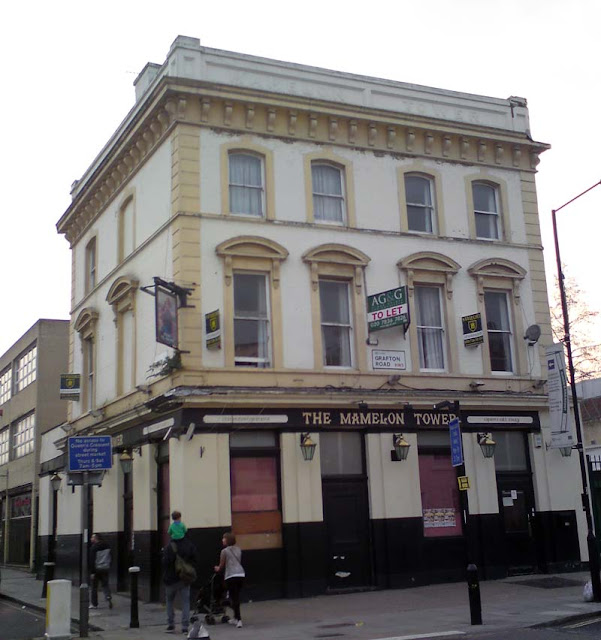 This has been closed for a little while now, but I when last went in it was ok. It looked scary, with scary people but as it happens it was fine. Much like Queen's Crescent really. Pleasant enough, one chap even struck one of those half conversations about nothing you get in pubs, pubs where despite not being a local they don't mind your face being in there. No ale though as I recall.
I was also never quite sure what it was called, as it seems to have two names - I'm sure it was the Man of Aran when I went in. Google tells me that 'mamelon' is French for nipple. Hmmmm.