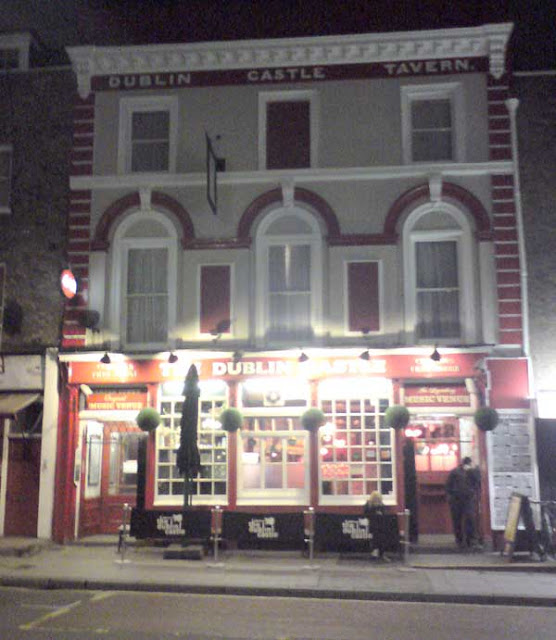 Oh the dear old Dublin Castle. Reliable stalwart of Camden Town's music & drinking recent past.
And apologies for the awful photos, too dark and and too shakey! It was late...
The Dublin Castle used to be the place to go for a late drink in Camden Town, if you didn't want to pay to get in the Barfly or Underworld or some other club of horrors. Even the 2 quid they used to charge for a late entry on a weekend was worth to get those all important extra two pints! 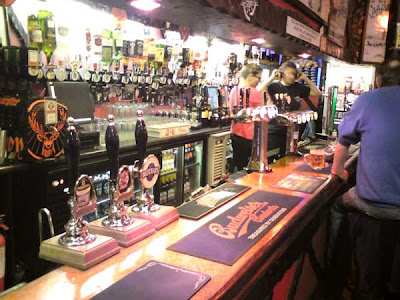 The three ales are decent enough. I went for a Theakstons Lightfoot, just a swift one before bed. It was nice a quiet, and around 11.30ish. It can get very very busy, so it was rather pleasant to almost have the place to oneself! I'm sure the barstaff might have appreciated a little more to do though... you know how time drags. But they were their usually cheery selves, with a nice hello! how are you? even though I've not been in for yonks. 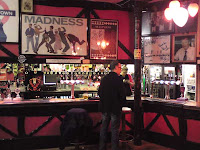 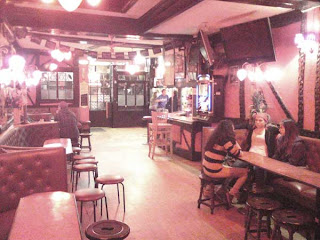 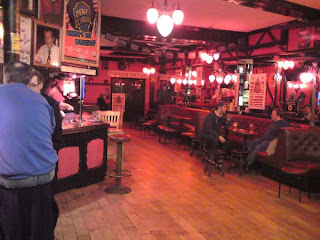 The lovely quiet calm almost empty Dublin Castle is a nice place. Comfy and relaxing, with the just a few people sitting around chatting. All very pleasant. Although I did feel sorry for the band out the back, play to two old men. All part of the rock 'n' roll story I suppose! But then two foreign girls came up to the bar and asked for some music. Agh! They were told to go to the juke-box. Agh! "How much is it?" they asked. A quid. Agh! Per song!? No... for five or seven or however many. So on came some music, and on came some enthusiastic singing and dancing with gay abandon from the two young things. 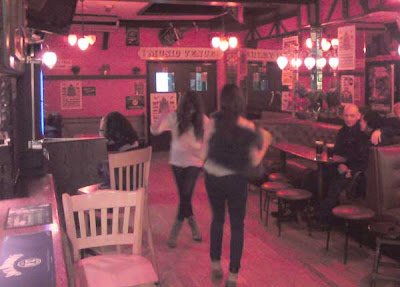 A rather endearing it was too. They weren't even drunk bless them. As I passed them on the way to loo, I commented such, with something like "good music!" or "I see you're dancing!" or something. My chat-up lines are legendary. Anways, next thing you know I was being made to dance and sing with them amd choose songs and what-have-you.  Daniela and something-or-other there names were. And they both as pretty as pictures and charming as you like. A fraction of my age of course. But that's not the point. What lovely girls. 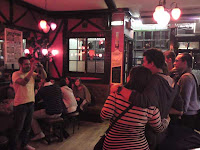 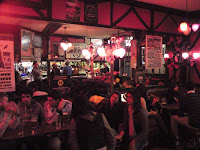 Several more pints ensued, one of their boyfriends turned up, who was also very pleasant. The place filled up. We all had a jolly good time. And after drinking more than I intended, I eventually wandered off home much later than I intended. And that is the magic of the Dublin Castle. Mind you, a few years ago someone completely unprovoked gave me a black eye to die for outside. Still don't who or why to this day. But never mind, the nice times always outweigh the bad times here by a very large factor.