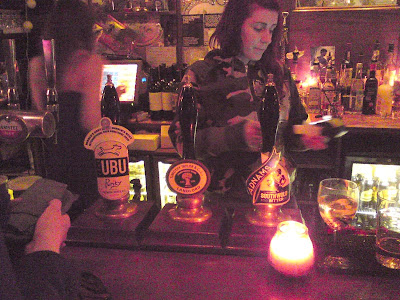 The Lock Tavern is not really near Hampstead Road Lock, (or Camden Lock at the marketeers are trying - and succeding - in re-christening it), they should have kept it as the Railway Tavern in honour of the Borough's first passenger rail terminus just across the road.
But when I got a call on the Bat-phone that two of my lovely young Italian pals were there, who aren't quite so grumpy about such places, off I went to meet them. A pint of Southwold bitter was perfectly drinkable. But I've never liked the place - to me it just always seems dirty, noisy and crowded - crowded with posers who think they're too cool even for the Hawley Arms. And while not doubting their cellar-skills for a moment I've definitely had some very odd pints in here - without even a second glance given to a pint served looking like lumpy-latte. As for trying to get into the beer garden or roof-terrace in the summer. Don't bother!I remember the days a few years back when they hadn't rammed it so full of benches that the only other company in the back was dog-dirt. 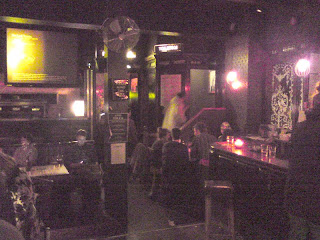 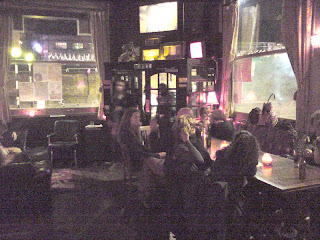 So I drank my pint, caught up with my pals, and then we went out seperate way, leaving loads of people loving the place and having fun. Those young 'uns!
By Albert Trinker on 28.3.12