When is a tavern not a tavern? When it's the Bleeding Heart Tavern. With such an evocative and romantic name, apparently dating from the 17th Century and the gruesome murder of one of the Lady Hattons, it's hard to resist not wanting to pop in. But it's not really a pub, it's a wine bar bistro thing. 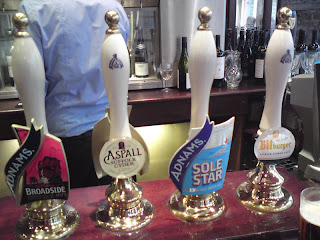 The ales are just about capable of being pluralised. I'd never seen the Sole Star - one the 2.7% abv  beers that you hear about. For £1.85 a half it wasn't cheap, but was very tasty. You could tell it was 2.7% although - but that's not a bad thing if you've got a long drive home. 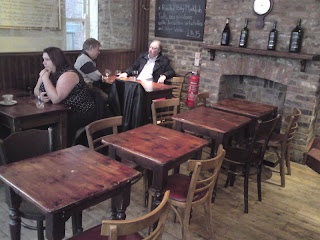 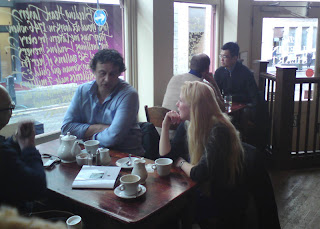 There were a few people have quiet and earnest discussions, no doubt about very serious matters. Mineral waters were quaffed, coffees were sipped, wines were savoured. Atmosphere, banter and laughter were for another day. The barman was very polite and hovered as if wanting to chat, but I waiting for to turn round so I could take some photos. Sorry mate!

Go here for nice food or to take business partner or fancy lady, but don't expect a proper pubby pub.