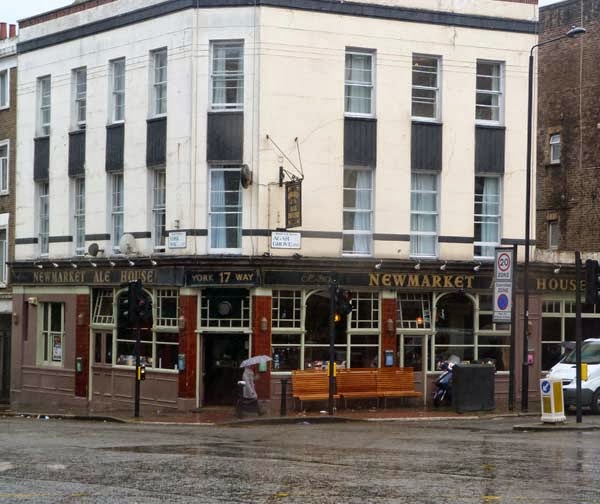 On a rainy day like today anywhere is welcome - even an ale house that doesn't sell ale. A Guinness will do - £4 a pint... ouch. Some obscure tennis on the tinsel festoon telly doesn't attract anyone's attention. The only people here are playing pool in front of a mural of giant bamboo. There are 4 people behind the bar. One of them explains to me the concept of banana pizzas - very popular in Brazil apparently. It's trying to be Brazilian pub you see, sweet pizzas and a pile of Brazilian newspapers and bingo, you're Brazilian. 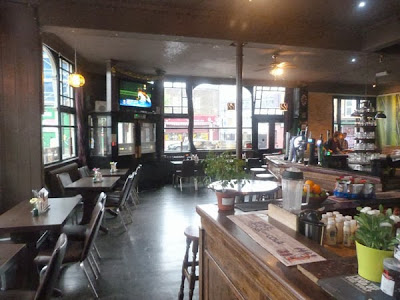