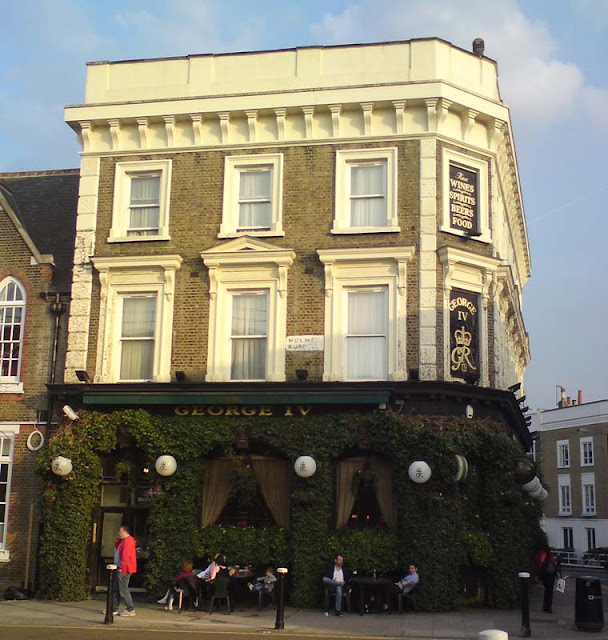 My grasp of history is not the best I admit, but George IV was not a hugely popular king was he? Correct me if I'm wrong, but I do wonder why he is such a popular chap when it comes to naming pubs. I'd hazard a guess that after Victoria, GR IV is the most common monarch specified to by pub nomenclature. As if King's Cross wasn't enough of a naming shame! 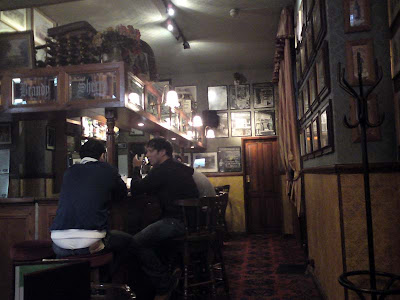 This George IV is tucked 'round the back' of Kentish Town, between a college and a school, and although it's a busy little area with a flats, shops, cafes and even industry (!) you could spend years in the borough and never encounter the place. Which would be a shame, as in the summer it literally really is a blooming marvel. The flowers and foliage are so lush, gay & bright they almost look fake - but they're not. It's a toss-up between here and the Exmouth Arms as to whose pub sports the most growth. 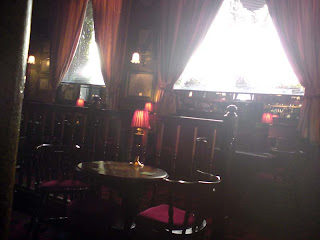 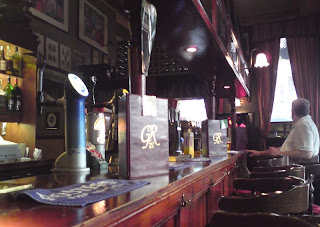 Inside the George IV is rather lovely too. Carpets, flock wallpaper, velvet upholestry - all things a nice proper should have. Lots of art on the wall, both anciet and modern. But the nicest touch were the little modest, tasteful lamps on the tables. Why don't more pubs have these instead of those awful stupid little candles? Because idiots think stupid little candles are posh, sophisicated and fancy. Agh! Yesterday's necessecities are today's luxuries etc. mentality. Anyways, no such posturing or pandering to fanciness here results in a really nice pub. You could happily spend all day in here. Except there was no ale. There were two pumps on the back bar, but they weren't doing much. So I had to settle for a glass of John Smith's Smooth-o-keg for £1.85. Hardly a session beer! 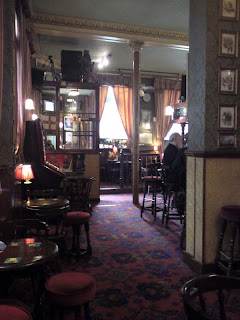 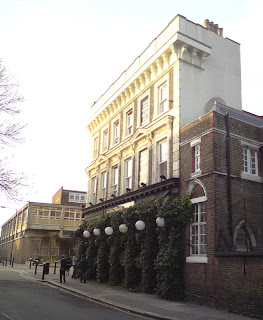 The George IV gets a thumbs up from me, and it would get two thumbs up too if those two hand-pumps were brought out of retirement. Some Flowers inside too would be great!