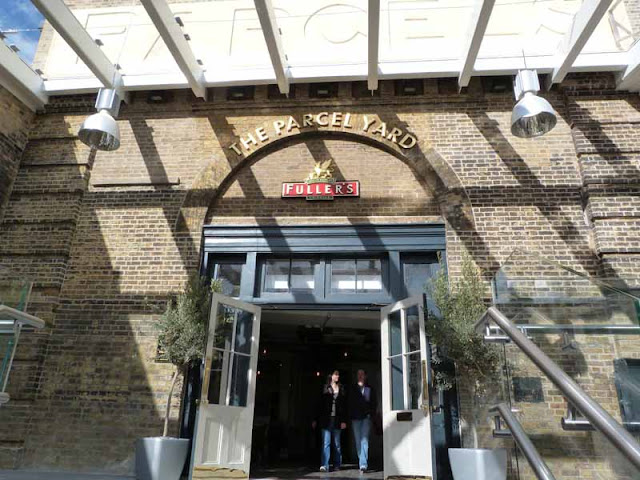 A new station, and a pub or so they might say. But station pubs can get the alarm bells ringing. They can be awful like the Britannia at Euston or gastro-ey like the Betjeman's at St Pancras. Word on the rails had it that The Parcel Yard is the biggest station pub in Britain. Eek. A cavernous, cacophonous, warehouse-like pub, stuck unimaginatively in the corner of an old engine shed? It wouldn't really matter - station pubs are just somewhere to sit while waiting for your train, right? Let's see. 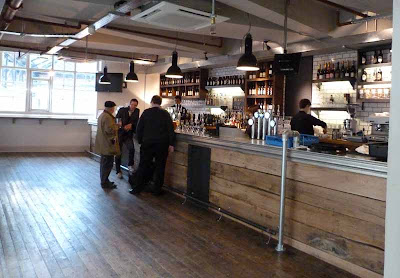 Entering via a modern version of a grand staircase - or a lift (disabled people need beer too!) what greets you looks rather nice. Ignore what looks like a matre d's lecturn by the door and carry on walking. And walk... and walk... and walk... past rooms and windows and rooms and more windows, or so it seems, and you get to the bar. This is a good thing. I like a bar buried away at the back of a pub. And I like lots of rooms. This pub immediately feels very nice, and doesn't smell new... well, it does, but a kind of 'oldy-new'. I guess because of all the reclaimed timber they've used? 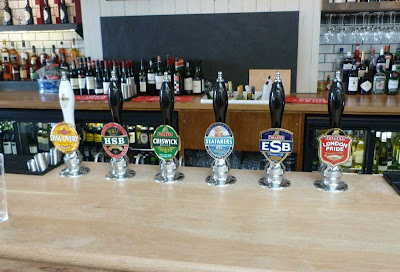 A good selection of well know Fullers names. I settled for half a Chiswick bitter, 3.6% at £1.78. And went to explore! For this a pub for exploring. There's probably at least 6 seperate areas, and despite some (quiet) piped music it was very quiet. There were a few people in, but you get the feeling that even when very busy this place would still be tolerable. Amazing what a few interior walls - ie. rooms! can do. Why didn't they think of this before... oh, they did.

There's an also an upstairs bit too, that you might miss as the stairs are just to the right of the entrance. There's a whole new world up there! Well, more seating. It looks like upstairs is more for eating. And for looking down into the 'atrium'. There's a weird indoor-outdoor bit, where it looks like you might be able to smoke but you can't. A sign proclaims that there's a 65 person capacity for this bit. No other areas have their capacities announced - I wonder why this bit is different. 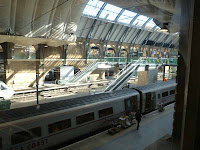 There's not much to be seen of the outside world, which is fine. Especially as the whole place is pretty light and airy anyways. What windows there are either look out over the train sheds upstairs, or into the train sheds downstairs. Both fine views! Especially the latter when they've finished doing whatever work they're doing. Too bad the old bridge is gone.
It might actually be handy to peer inside the station if you're waiting for a train, as there's only one departures board in here. Something to watch if awaiting a departure, but the rest of the pub is free from distractions. Or they trust you to be able to use a watch. 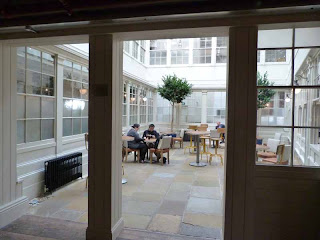 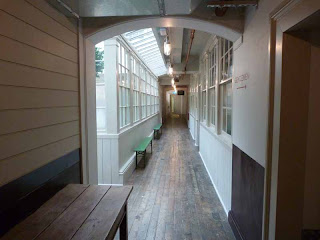 For a brand new pub, they've done a really good job here. It even has lovely toilets - not many pubs have Crappers in the crapper. It just all feels nice. It feels welcoming and enveloping. And I think it owes a lot to the Victorian grade I listed building that it sits in. A Fullers brew a good pint. Well worth a visit. Even if you're not leaving the smoke, don't pass the Parcel Yard.