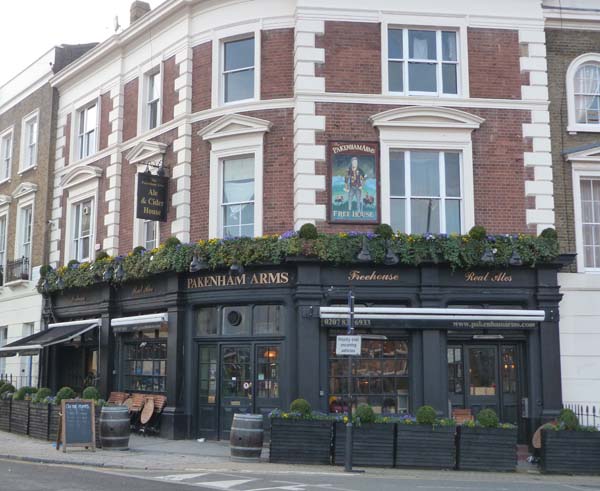 It's a Sunday afternoon so I was convinced that this fancy looking place would be full of young metropolitan nice people enjoying a traditional Sunday roast (Yorkshire puddings served with all meats, roast potatoes all year round) which is probably their one trip to a pub per week. I was fully prepared for the canteenesque smell of gravy and general high levels of excitable sociable chit-chat. I had some reading to do! 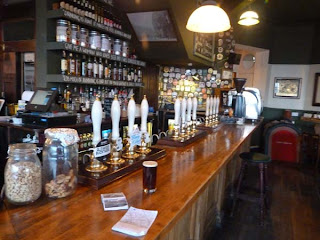 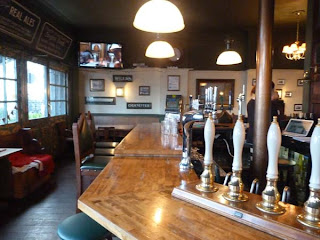 But I was pleasantly surprised... it was nice and quiet. A quick glance round reveal just six other people, and the barmaid. A very charming barmaid too as it happens. Half a Adnam's Happy New Beer set me back £1.75, and was very nice. No-one was eating. There was no smell of food. No food at all I think... although don't quote me. The only conversation I heard was when a fellow came in asking directions for Farringdon Road, the barmaid flustered looked left & right and was helped out by the chap sat on the other side of the bar. "Oh I'm such a girl with directions!" she giggled afterwards. And a very nice girl at that young lady. The others were nice and quiet, engaging in pleasant and respectful chit-chat.

It all should have been very nice. And very relaxing. Except it should've been. The telly was on, and pointlessly showing a film. Are we in a cinema? The only person watching it was the chap who'd helped out with directions - but surely he hadn't come here solely for the matinee screening?! The main problem with it was that it was Annie. If you've ever seen Annie you'll know it's know for it's large cast and hysterical screeching children. Not what you need in an otherwise quiet pub on an otherwise quiet Sunday afternoon.
Bloody tellies in pubs! 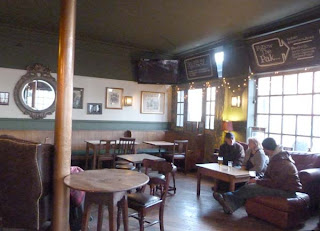 I'm not awfully enthusiastic in jokey satire in pubs either, no matter how well meaning. But it's better than a bloody television making it sound like a pub is full of little urchins even when it isn't.
But that aside, not a bad boozer.