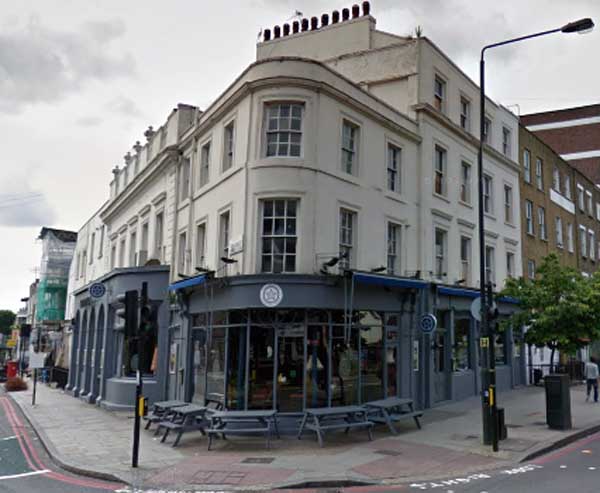 I never, alas, went when it was Rosie o'Grady's - it sounds like it had character. The toilets were in the corner bit, the folks there should think about that.

I went in when it was Mac Bar, which if I remember correctly was a little bit flash bit not very. I just remember drinking bottled beers there in a 'barry' type environment, rather than 'pubby'.

Now it's a Grand Union. I was annoyed from the start by people trying to tell me it was called that because of the nearby canal. Grrrrr. It apparently styles itself as a 'modern burger and cocktail bar' or words to that effect. I haven't been in in its current guise, and have no intention of doing so. It's sister ship up on Highgate Road closed down recently, and is now a pizza restaurant. But that was never a pub to start with I think. I wouldn't want this place to stop being a pub, but would love it if it was actually a pub... if you get me drift.