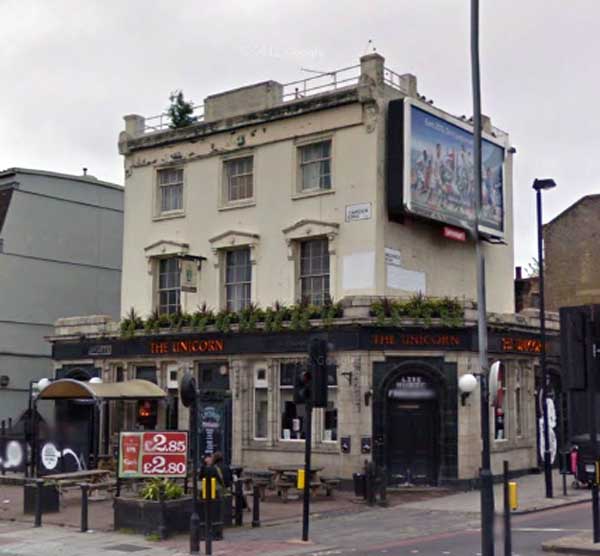 I used to live literally 6 or 8 doors down from here, on Brecknock Road, but hardly ever went in. Even for the footie I would peer in through the window. I was dragged in on one occasion by the same mate who came visiting and enticed me to go to the Murray Arms.

But then came new management or some such thing, and they started putting on free gigs. So I went to a few of them, especially when the marvellous Leaf Hound were strutting the boards.

It's curiously quiet though about its old claim to fame, and that is that it may have helped with the death of the last fatal duelist in England. Having been shot nearby in 1873 Colonel Fawcett was rushed here, when it was the Brecknock Arms, but the butler or maid or someone wouldn't let them so they had to go down to the Camden Arms - this was how they did things then - where he died. That pub never shuts up about it now. In fact that pub never shuts up, but that's another story.

Last time I went in they had ale in bottles, so it's handy resting place on that lengthy slog up Camden Road.