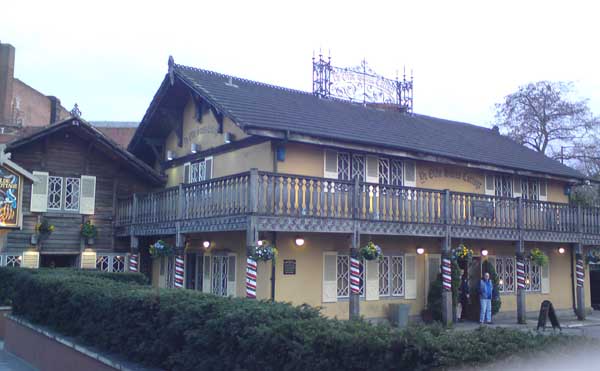 What an odd place to find a Swiss cottage, in the middle of ummm... Swiss Cottage! Actually what an odd place to find a pub - in the middle of 8 lanes of traffic. The beer garden here is an experience!
Once you've dodged all the traffic and got in you'll find a fairly standard Sammy Smiths house, a little tired perhaps but none-the-less charming for it. Although this building isn't very 'ye olde' at all. I'm not sure when it was built, but it wasn't 1804 alas. 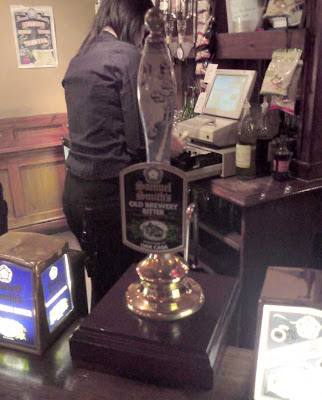 At the bar there's the usual Sam Smith's choices, ie. not a lot. I mistakenly asked for a pint of 'Museum bitter' only to be told by the grumpy aging barman that such a thing never existed. And then was asked for £2.90, I thought Sam's places were always rediculously cheap! Oh well, it was nice enough. 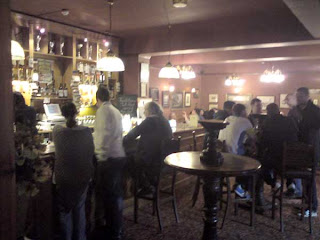 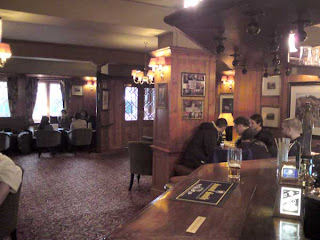 Last time I came in here I seem to recall there being lots of different rooms, but I had a quick shufty round this time and couldn't see them. Maybe I imagined then, but it did seem smaller this time. Or most probably I just didn't see them.
Although it wasn't too busy - a few football fans and a few Japanese tourists - it was quite roudy. So after a few sips I left my stool at the bar in the lounge and walked round to the tap-room. 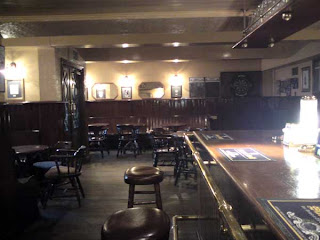 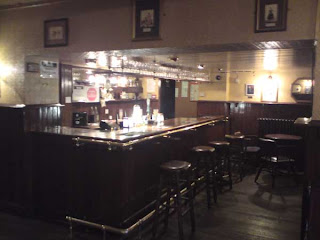 Much nicer! I had the place to myself, apart from one other who was briefly sat at the bar, and a couple of lads going in to the members-only pool room, it was just me and the barman. Again, not a young man but a lot more sociable than the fellow next door. He kept referring to the tenants by merely their first names, as if I'd knew who he was talking about, he called everyone 'boy' in that Cockney way that sounds like 'boooiiay'. I like these things - no false niceness in here! Splendid. When I had emptied my pint he immediately reached for it with a 'another one?', as a barman should! Well done Charlie. But I had to get on. As I got up to leave I realised I'd left my bag in the lounge! Uh-oh! But it was still there on the floor at the feet of the man now sat on the stool I had been - 'I was wondering whose that was...' he said.
Ye Olde Swiss Cottage is well worth a look, if you find yourself in the middle of the Finchley Road. Go in the tap room though, unless the balcony is open! Imagine those apline views...
By Albert Trinker on 16.4.12