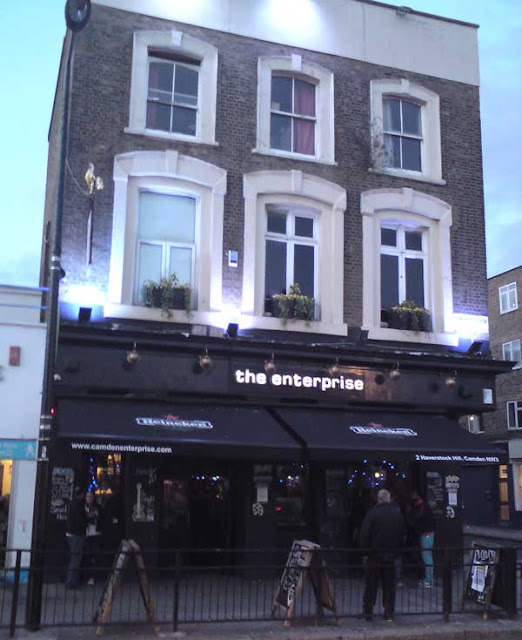 Once upon a time not very long ago the Enterprise was decorate in gay colourful stripes on the outside, which reminded me of a Striper bar. But now it's sadly dull hip black and looks more like a stripper bar. Although thankfully inside it's rather pleasant. Not too over-done, not too scruffy. And could this be the only Enterprise inn in the borough that's not an Enterprise Inn?? 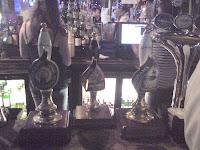 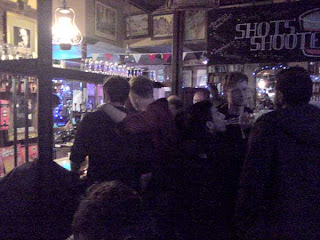 Predictable beers, that that's not necessarily a bad thing. I think I had a Ghost Ship, at 4.5% and I'm sure it was ok or I'd remember. Probably... 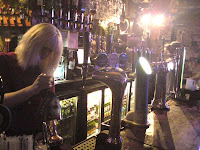 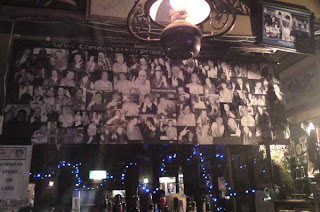 It was a typical Friday night - busy, loud, dark, and not overly pleasant. The bar-staff were nice though, I shared a smile with one over a elderly chap who was dozing against one of the partitions they have at the bar. 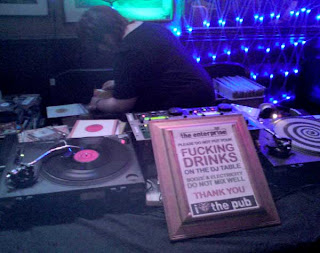 DJ Sue provided decent but dull tunes that pub DJs seem to think that will make everyone think she's cool. 50s rock n roll, 60s r&b, you know the score. I expect some Motown, the Clash and Blondie were not far off being played. No-one was dancing, indeed there wouldn't be room and DJ Sue's table took up room for another good 10 drinkers or so, and I bet there wouldn't be one person fewer in there is she stayed at home. Pub DJs uh??
"Camden's premier rock toilet" as James May once described it may be a little harsh, but it's best avoided on a Friday night. Very pleasant on a sunny afternoon - before DJ Sue gets there.
By Albert Trinker on 20.4.12