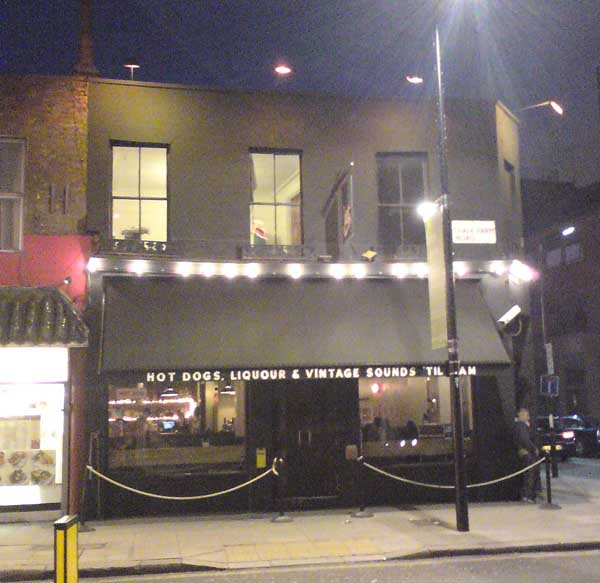 Joe's! Hey kids, let's America is cool! Don't you want it to be like America here? At least they spelt 'liquor' right. Vintage sounds? I bet they don't play any Herb Alpert or Middle of the Road. 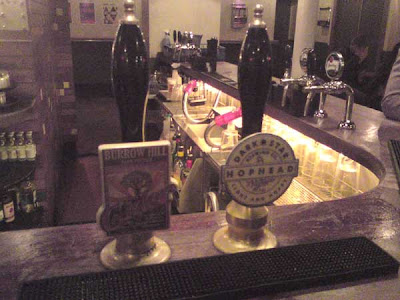 Joe's is basically just a plain and simple bar, doing plain and simple beer and food, for plain and simple folk who want a plain and simple late night along the Chalk Farm road, after a strenuous day tat-shopping on the market and posing by bronze horses, and finding the Hawley Arms is too full, and the Lock Tavern is far too hip.
I had a pint of Hophead, as that was the choice. The bar staff were busy being nonchalant and mixing cocktails. I didn't see any hot-dogs for sale as yet. Maybe they're under the counter. 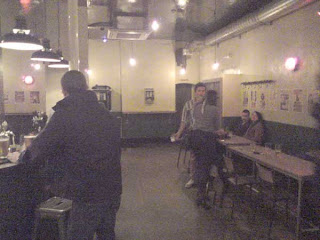 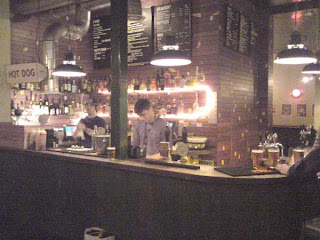 It was early-ish on a Friday night when I went in so it was fairly quiet. I expect it will get rammed later on, as it's open very late - I think for no entrance charge. The cool DJ was playing cool music, and pleasingly his DJ thing was on wheels, so hopefully it can be wheeled away when it gets too loud or annoying. I bet they don't though. 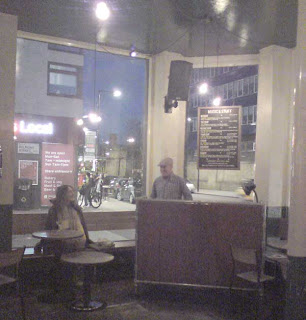 This one for the kids - if it was in a tin, on it it would say "still serving beer after everywhere has shut".  It should also say "heaviest doors in Camden", as that would be a nice boast.
By Albert Trinker on 25.4.12