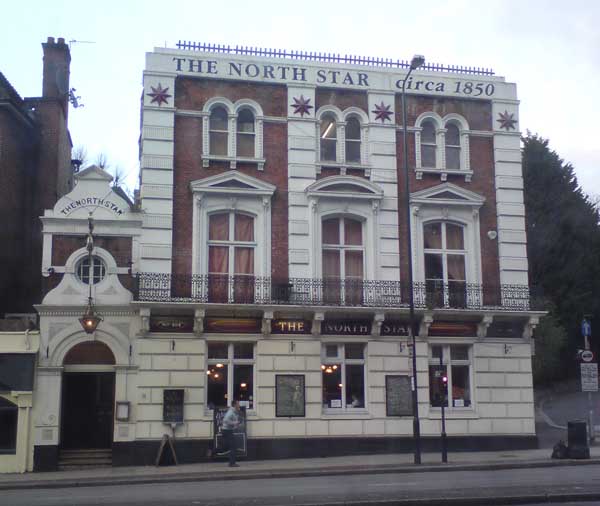 It's not often I'm walking down the Finchley Road, which is why I've never been in the North Star before. People sometimes seem to forget that it's still Camden out here, and indeed for bit further out too. But that's for another day.  Let's pop in here today. 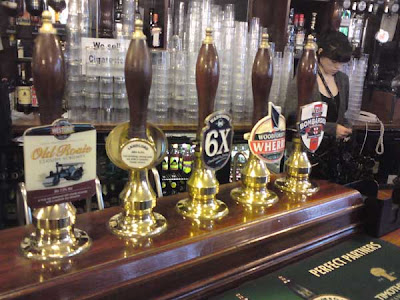 The barmaid didn't seem overly pleased to see me. And there's no reason why she should. The Woodford's Wherry was very nice again. It's a good brew this one. The stacks of plastic glasses looked a bit ominious behind the bar... but of course the tube station across the road is just a couple of stops from Wembley - and this was cup semi-final day. Good thinking North Star. 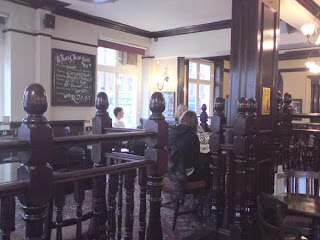 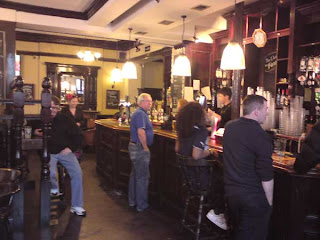 Basically the North Star feels like a Wetherspoons but with very loud music and fewer beers. And serves its purpose perfectly well. I'm quite amused though that they don't actually know the exact year when it was built. "Circa 1850"?? I love to know more... maybe it is a total mystery. But I suspect no-one inside knows, or cares. But why should you on your way back from Wembley?
By Albert Trinker on 15.4.12