Russell up a half! 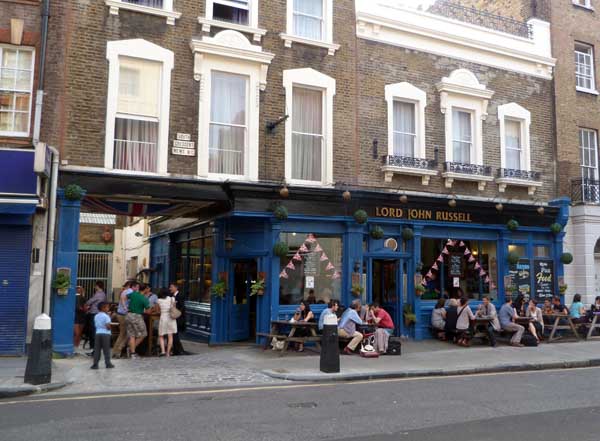 I had a tenner and £1.70 in change. I only wanted a half, and didn't want to break in to a tenner - for no real reason. "Half a Brains please", "That's £1.70 please." Bingo! The tenner is unbroken. Odd days these when we're pleased to only have to pay £1.70 for a half a beer. But it's always nice to have some nice friendly silly lame banter with a barman. 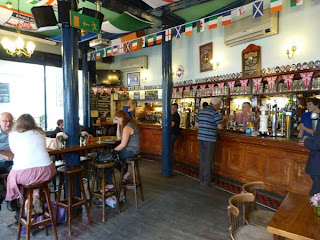 Very nice place this, one of the better pubs in the area I'd say - and there's some decent pubs round here. Lots of draft beers, and roomy, cool, quiet and unpretentious. Apparently the eponymous Mr Russell was an old PM rather than one of Russell / Bedfords who are well-remembered all over Camden. It would also be odd these days to have such a fine pub named after a Prime Minister! But he should be flattered that he has this one.