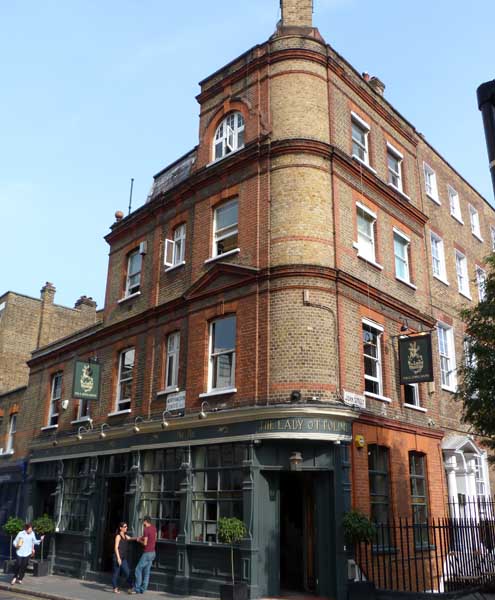 I've not been here since they'd done it up / revamped it / given it a make-over / whatever - since it was the King's Arms and given it a silly pretentious name. Presumably after Ottoline Violet Anne Cavendish-Bentinck although there's no mention of it anywhere. She might have even come here once!
Anyways, it's a pretty tedious, dull, drab, faux-chic wannabee-hip make-over. Begone ye soul of the pub!!
But I think it seems to suit and be appreciated by the punters. 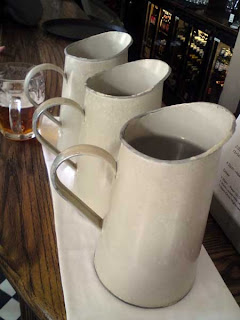 The jugs of water explain why so many punters were sitting around just drinking water. I opted for an Adnams Lighthouse - little more than water anyways, some might say. But I like it. 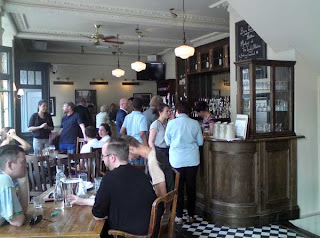 I didn't like trying to get to the bar though. They don't seem to realise that a bar needs space round it - they've put tables rather close to it, so when the young well-to-do clientele are sitting there, the backs of their chairs are against the bums of the people waiting to be served. Meaning that no-one else can get to or from the bar. And of course there's no apologies from anyone for being in the way. Likewise the when operating the till which is on the bar facing outwards, the cashier's back is up against another table they squeezed in.
When I got to the bar and large gangly young, with side-ways baseball capped jumped to try and get served before me. "One of these please!" he wailed camply waving an empty bottle of wine. Not a chance laddie. "Sorry hrmph" he sneered out of the corner of his mouth. 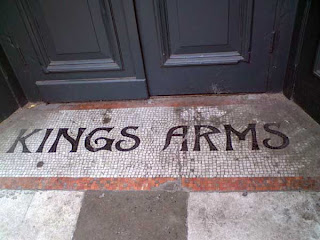 The beer was nice, but the place - and it's customers - are devoid of any character. They'd be better of making it a Dicken's theme pub - or turning it back to the King's Arms. Sorry, Kings Arms.
By Albert Trinker on 13.7.13