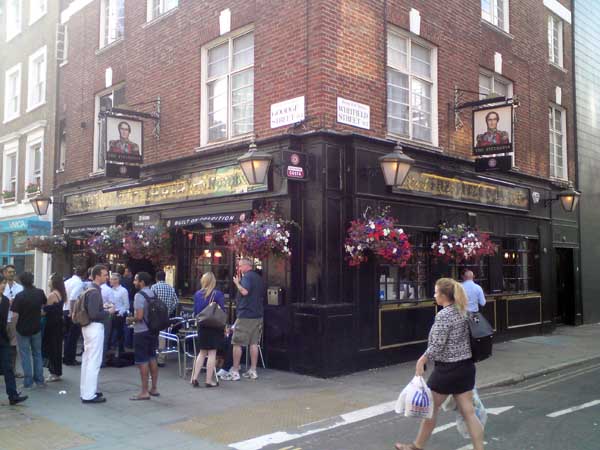 Gold lettering, black exterior, bare wood interior, foreign barstaff dressed in black with name-badges who don't know the price of the Doom Bar or Greene King IPA but with enough courtesy to be sufficient, streak & ale pie / non-specified fish and chips via a dumb water, all pub bar & food details on blackboards, busy (although admittedly wide) pavement full of drinkers enjoying the traffic... this could be any pub in London. I didn't go to the loo, but if I had you can be sure they'd be a staircase involved. 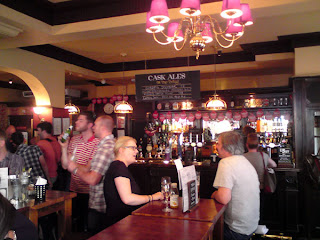 Not all bad things of course, all the boxes are ticked. But ticking boxes is not the same tickling fancies. Although I do like the vague sense of freedom of being able to stand on a pavement with a drink without without penned in behind partitions or brass studs in the pavement. 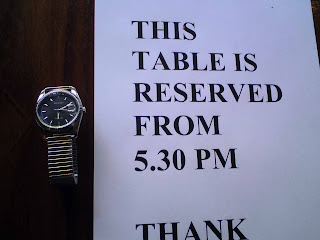 And in a pub where there's standing room only, to have completely empty tables marked up as above at 6.10pm must have be quite irksome to those with tired legs.

One point of interest though, this is a rare example of a pub that takes its name from another pub. Named after the area it's in, which itself is named after the nearby Fitzroy Tavern. The Fitzroys (aka the Graftons) are well remembered already in the Borough. But it is a bit of cynical marketing ploy to try and make the pub sound a bit cool, mysterious and boheme by such nomenclature. I much prefer the original name - "The Valiant Trooper".