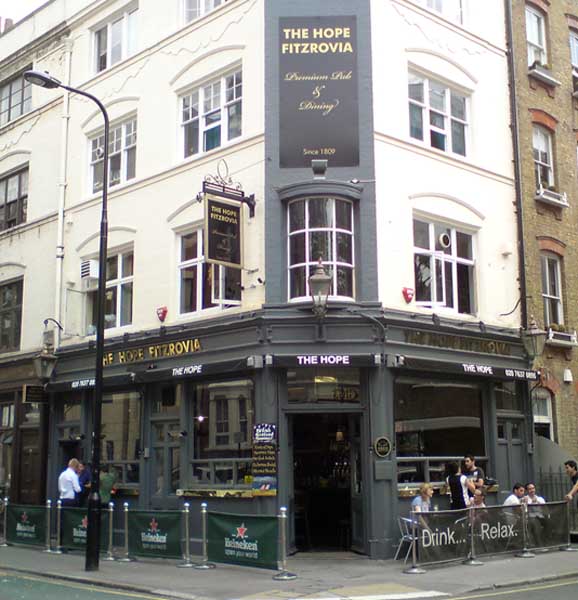 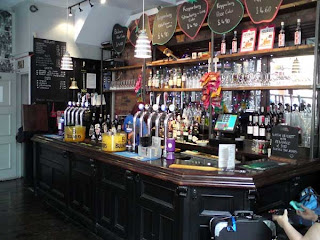 What it really is is still the Hope but with a vaguely smart makeover. One room (apart from upstairs), and it's decent enough. Four ales on should be ok for most people. And a special deal on the Pedigree while the Ashes is on (although £3.50 for a special deal is where we're at these days!). 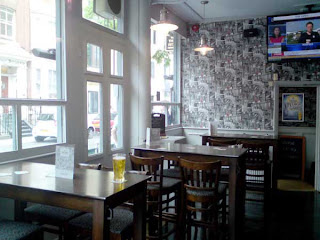 The Golden Hen was the warmest pint of beer I've had for a long time, admittedly it was very hot today but surely cellars should be able to be kept cool? Any passing Americans tempted to try a traditional English ale would have their worst fears confirmed.
And stood outside, a stone's throw from Tottenham Court Road at 5.30pm, I counted just two vehicles that passed by - a taxi and a dust-cart. Not a bad traffic situation for central London.
By Albert Trinker on 17.7.13