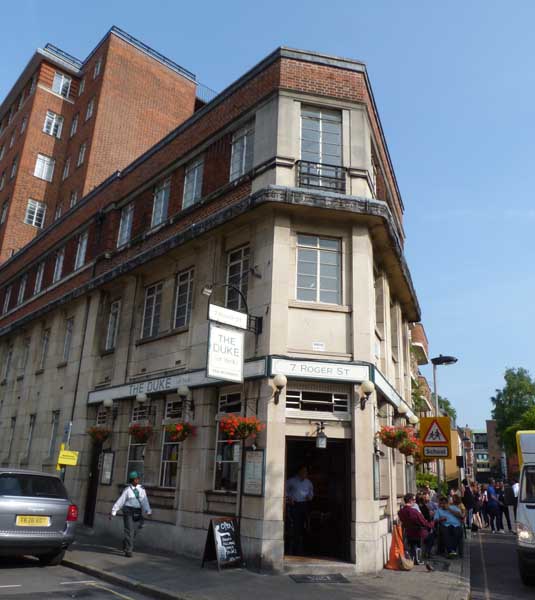 An art-deco gem! And the old wooden furnishings give it the feel of drinking in the 1920s. Lovely. 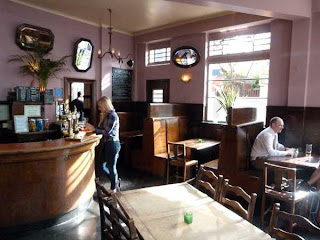 An a nice Dickensian touch (intentional or not I don't know...) was the Oldershaw Great Expectations, so I settled for a pint of that. Once I'd got served - although the slow service was the dithering patrons' fault, not the staff. 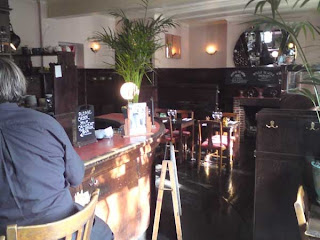 I strolled through to the lounge to marvel at the dark wood furnishings, and to get out of way - and the sun! - and as I was leaning against the bar, a barman said to me "You alright?", "Yes thanks" I said nodding towards my drink. "You waiting for someone?" he said rather abruptly. "Ummm no..." I said. What an odd thing to ask and feeling I had done something wrong went to drink on the pavement. I think that they might not like people loitering in the "restaurant" bit perhaps... but there's nothing to suggest that the other bar is nothing more than a lounge bar.

Anyways, still a very nice pub. Pray it doesn't ever get "done up"! Although I cannot - and I doubt anyone else could - the parenthesis in the pub's name.
By Albert Trinker on 13.7.13