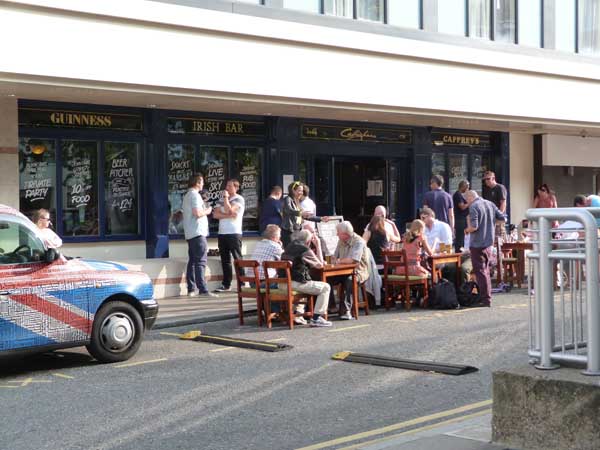 What a curious place. An seemingly Irish bar, with very slow Indian staff, selling itself as a place with strong German credentials tucked underneath a huge tower block of a Holiday Inn. 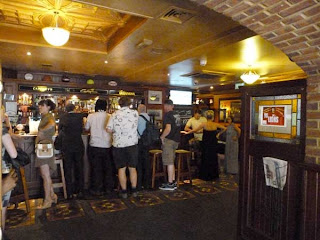 Ohhhh... I see, it's part of the Holiday Inn. Hence the adjoining doorway, and attempt to sell itself to as many visiting foreigners (ie. Americans) as possible who expect a pub to be either Irish or German. The clientele seem 50/50 estate locals or tourists who can't be bothered to travel any further than their own hotel for a drink.
I got a pint of keg Boddies - as it's a rarity now, and predictably there was no cask, and watched some of the cricket. When they went it at the end of the day I went outside but the beer garden / taxi rank was full.
I wasn't tempted by the 1m Bratwurst either, so I left dodging kids racing round the pub on scooters. 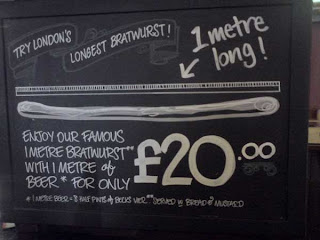