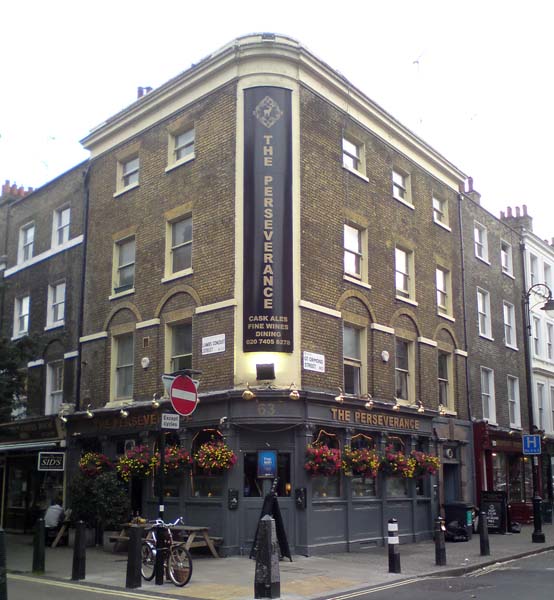 The Perseverance is trying so hard to cool and trendy, but thankfully it doesn't quite manage it so it's still quite a nice boozer. The Bloomsbury was very nice, and I got chatting to a lad who'd just arrived in London from Toronto that very afternoon. It was his first time in London so after a few predictable touristy recommendations I told him to avoid the lager and stick to the ales - his Bloomsbury (on my suggestion - he nearly went for lager having asked the barmaid which was the most popular beer) was going down well - for which the barmaid chastised me somewhat, pointing out that there was nothing wrong with their lagers. I suspect she was a bit cool and trendy to get my drift.