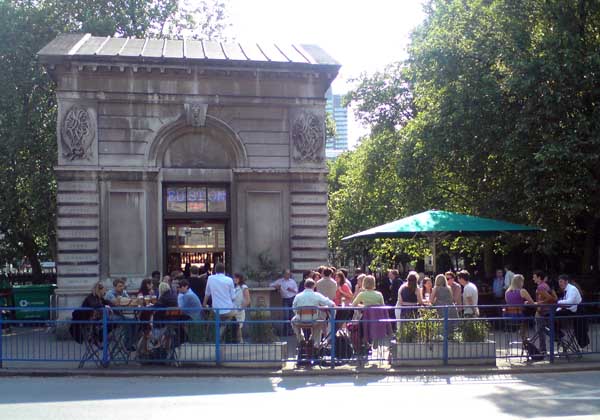 It took me an age to get served, some people in front of me gave up & left, a cheeky Scotsman suggested going behind the bar to serve himself. The cheeky Scotsman then turned in to a very rude Scotsman and forgetting his place at the bar demanded to be served before me. Also, the long list of beers on blackboards can be a bit confusing, with people wandering in and staring up in uncertain bewilderment as if looking at the nearby station's departures board. But when it came my Ilkey Wit Marie was very nice, although it was a wheat beer - no mention of which was made on their blackboard. 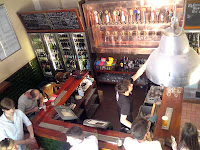 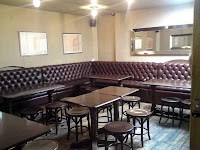 I was quite intrigued by how the cask ales were served - no handpulls, the pumps are just operated by turning a tap but they're certainly just not drawn by gravity so I assume some electricity was involved - but you wouldn't know to drink it. The place is an attraction for beer hunters, people getting trains and for some reason trendy young things who presumably don't want to go to a 'normal' pub. The gaggle of loud squawking Americans right behind while I was waiting to be served was grating. Also, downstairs smelled of stale beer quite strongly. Upstairs is like a dingy cellar bar. The last time I went upstairs here I was told to carry my pint in a carrying thing like a milkman might use.

I'm sure fewer beers, and a smaller bar would make for a nicer & more spacious interior. I can't see anyone complaining if they only have 15 beers available rather than 30.

Basically, the beer is nice. The place isn't so. The people who were taking their beer across the road to drink it in the Cider Tap seemed to have sussed this already.
By Albert Trinker on 9.6.13