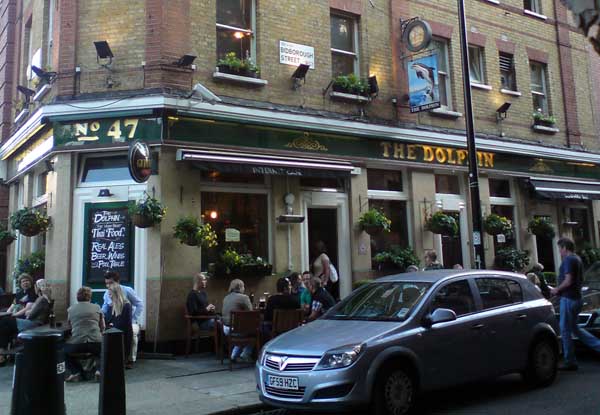 A good old-fashioned pub with two distinct and separate bars. A public bar, and an oddly named restaurant bar. Which was more like a lounge bar - although people were eating in there. Well, two people.
I had an GK IPA, which was £2 for a half! None of the profits seemed to have stretched to a cheery barman though. I strolled through to the public bar, where a chap was looking for Kriss Kristofferson on the jukebox by searching under 'Chris'. The music eventually came on, so I went back to the lounge bar - and shock horror the juke box was piped through to there too! Is there no escape from such aural torturous tedium?? 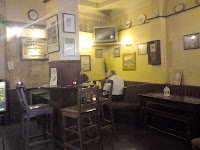 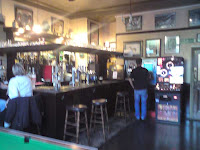 Mind you, even without the jukebox interference the air would have been heavy with the very loud conversation of an extremely boorish Guinness-drinking couple of gentlemen - father & son perhaps - who were very confidently discussing their ideas for solving the banking crisis or global warming or the Aids epidemic or some such drivel. If it weren't for these two and the jukebox it would be a pretty decent place.
By Albert Trinker on 9.6.13