Not Great, not Northern. 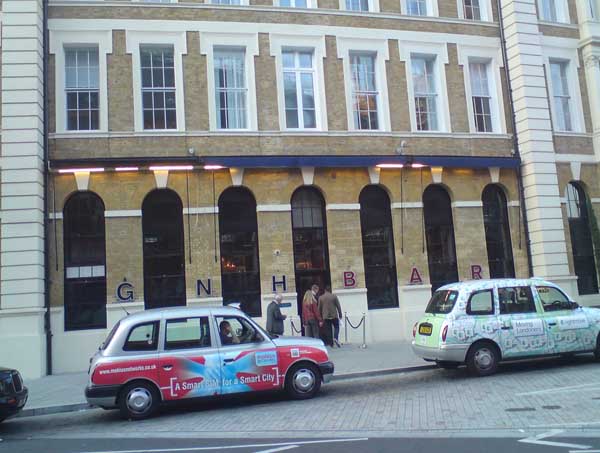 I should have known I wasn't going to like it here. But being a fan of ye olde Victorian Railway stuff I just had to take a look. It's awful. And the punters are awful. And barstaff are... well, ok. Most of them. 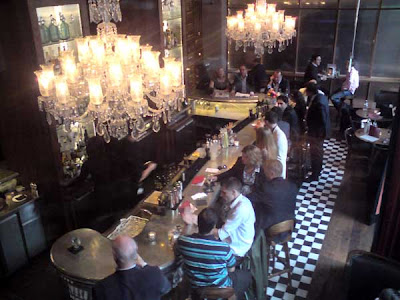 As I walked through the pretentious little roped-off area by the door, I wondered if the doorman / bouncer would let me in. Sadly he did. At first sight it looks like all they served here were mojitos - lots of self-aware cocktail shaking going on behind the bar, but I asked anyways if they had any beer - "pilsner lager or pale ale" came the reply. Jolly good - "a pale ale please!" I asked. What came was Sierra Nevada pale ale, not what I was naively expecting. But I'm not unaccustomed to this Yankee-brew so it could be worse. A had a fiver ready as the girl poured it for me, and wasn't expecting much change. "£6.75 please" she asked. All I could do was chuckle to myself as I dug out another two quid.
As the beer fizzed and bubbled in its tall glass I noticed a lot of bits floating around, which I thought unusual for a bottled beer. A barman so me looking puzzled - "everything ok?" he asked, and I pointed out the bits. With a barely concealed contempt he said "That's the hops!". Yup. Hops. And you could almost see him saying to himself a big "DURRRR!!!!". Sigh.
After a few mouthfuls I went to the loo, and left my beer & newspaper on the bar. When I returned both had gone. Another lad, in a suit and presumably in a position of responsibility, saw me looking for my chattals. "Anything the matter?" he asked, so I told him. He clicked his fingers at another barman - "Sierra Nevada please!". The barman plonked said beer down and asked for £6.75. "He's getting it" I said. "Is he?" he said. "Yup" I said. The suited-fellow came back with my paper and apologies.

The irony is that I didn't want any more beer. I drank probably as much as I'd had left pre-loo and left.