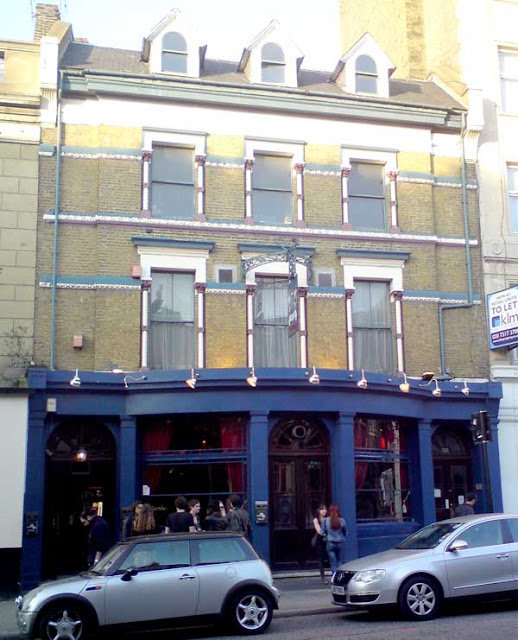 I'm sure when it was the Pindar of Wakefield entertaining the good people of the City who'd come up to take the pleasurable chalybeaten waters of the Fleet in the nearby gardens, and indeed up until 1992, you could go in here just for a drink. When it was run as a proper pub.

But not now. Inexplicably when they have bands on the 'door', ie. the pay-to-get-in-door rather than just the plain old front door, is at the front door rather than at the door to the venue at the back. This makes no sense to me at all, as they're just losing custom. I can understand where the bands are playing in the main room of the pub like at the Purple Turtle, but why here? I did think that whether this precluded it from being a normal pub, but I don't think you can argue that it isn't a pub really. And it was and hopefully it will be again.

But what really got my goat were the two unreasonably people on the 'door'. The young girl demanding to see my stamp, even when I explained I just wanted a drink, was stood in front with the attitude - and charm - of a grump bouncer, and the young man who was grinning inanely like the hateful character at the end of the Chelsea Building Society advert a few years ago. They were both very rude, and incredulous that would I be so stupid that I'd expect to be able to come into a pub and expect a drink, as if I was attempting to steal from them. An honest smile and a brief understanding apology was all that was needed. These two are the twats I refer to.