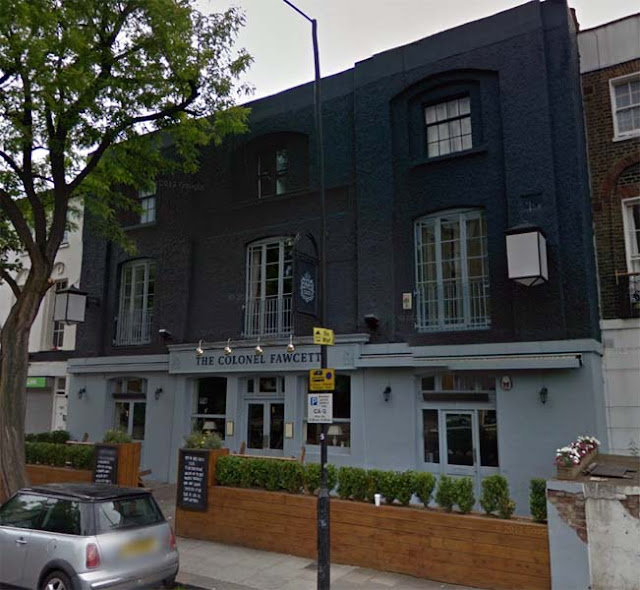 It's named after the last man in Britain to die fighting a duel - or that's what they want you to think Have a look here, in particular the years 1843 and 1845 for example. But why let facts get in the way of a good story?? These kids want entertaining - not informing or educating!

But what it doesn't tell you is that at first the eponymous Colonel, on being shot, was taken to the Brecknock Arms, much nearer the site of the duel, but the butler there wouldn't let them stay. So instead they went to the The Camden Arms instead - which, if you believe the pub's patter was already called The Colonel Fawcett - where he spent his last two days with a fever drifting in & out of consciousness (doubtful he was "drinking gin and entertaining his friends" as the pub makes out), before dying from his wounds.

So there you go, this pub is the 2nd choice of a dying man who had no real claim to fame. Suits it!

But it's always busy, so good for them.