I walk past the Cape of Good Hope most days, and I must admit I have never been tempted to go in. Even on a sunny day with the front open, and pavement benches thronged with tracksuited lagerers I managed to walk past. Of course I wish I had now - as we're finding, many awful looking pubs actually turn out to be fine, often splendid, places with amiable and chatty clientele. And a pint of lager on a scorching hot inner-city afternoon isn't always an awful thing.

But with its record for under-age & after-hours drinking its location next door to a police station (well, with a large pile of cargo-containers-cum-tool-sheds inbetween) couldn't could hardly have been appreciated - nor helpful!

The sad thing is that the Cape of Good Hope has been here since 1851, and like so much of the borough was "estate-ized" in the 1960s, indeed along with its neighbouring police station, and two fine buildings were lost forever. I suspect now that we've also lost another a pub forever - it could hardly have been the pride of Punch Taverns' portfolio.

Just goes to show that if you want to visit every pub in Camden, you really cannot dilly-dally. Perhaps Punch will do something with it, it's in a prime spot for a boozer.

But it's funny how some pubs become a cause-celebre... The Bull & Gate, Crown & Goose, Pineapple and now the Victoria - but others, The Neptune, Parr's Head, The Old Oak (sort of), close down with not a murmur from anyone. Pity the poor working class drinker.


**UPDATE** 28th June 2013.
Just passing the other day I noticed the doors open and things going on. This evening I noticed people inside drinking. So I popped in. It's back open, and is being running by the (ex?) manager of the Devonshire Arms, and is aiming for a similar clientele - it may even be called "The New Dev". Make of that what you will. Skulls and crucifixes are scattered about, and the music is loud, and umm... dark. So in the absence of anything more potable I went for the Gaelic black stuff. 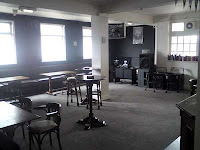 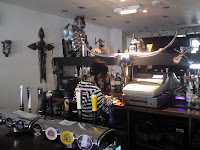 The barmaid - Lydia I think her name was (I hope!) - was lovely, a real charmer. And if nothing else they have the finest collection of chillies in any boozer on the manor. So let's drink to a pub re-opening! 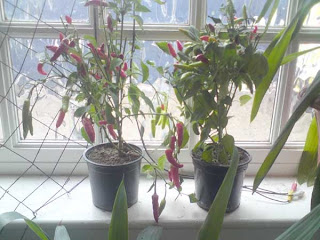