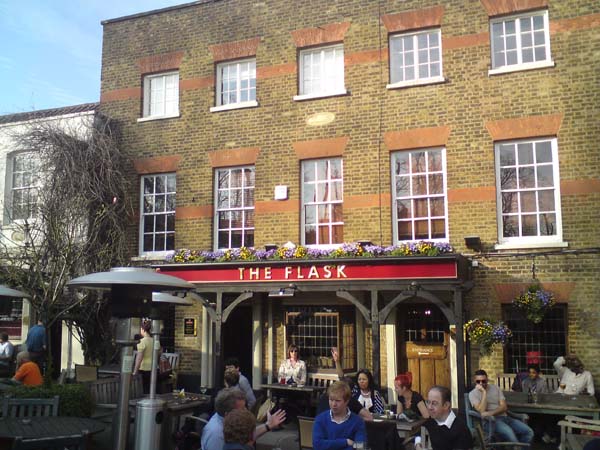 I think everyone knows and loves the Flask, and can get very busy. But catch it when it's quiet and it's a real Georgian corker. Once upon a time all the old pubs on the City to Highgate road through olde Kentish Town would have been like this, The Mother Red Cap, The Castle,  The Assembly House, The Vine and the Bull & Last would have all been multi-roomed 'higgledy-piggledy' like this, but they were all rebuilt by those eager-to-improve Victorians. Thankfully the Flask escaped ancient modernisation. 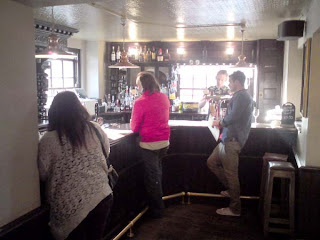 The food is good, and the beer is fine. I think I had some black IPA which was very tasty and wasn't terribly overpriced. 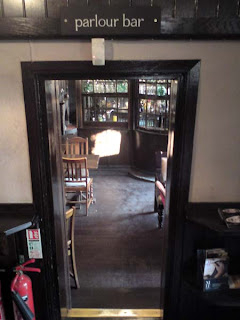 I've been here many times, and don't really need an excuse to come back. But on this occasion I on the look out for a feature that is possibly unique in Camden (although I'm sure I saw one actually being used in a pub in Kilburn once...). I've missed it on the last few visits, either distracted, forgetful or looking in the wrong place.
In an episode of Radio 4's Voices from the Old Bailey that actually came from the vaulted pub cellars (which I'd love to see!) they mentioned that the pub still as pissoirs at the bar, where in a less-urinary fussy age Georgian gentlemen, or perhaps just plain old men, would relieve themselves at the bar, where stood. Possibly replenishing at the same time as they emptied. As the BBC's Amanda Vickery calls it - "the piss channel", and pity the bar-wench.
But I'd not seen it before... even though it's not hidden. It's at the bottom of the closed (or at least rarely used) parlour bar in the middle of the pub. And if you look down as you pass by its fine bulls-eye sash windows, there it is! But sadly clearly no longer in use. Progress they call it!
By Albert Trinker on 28.4.13