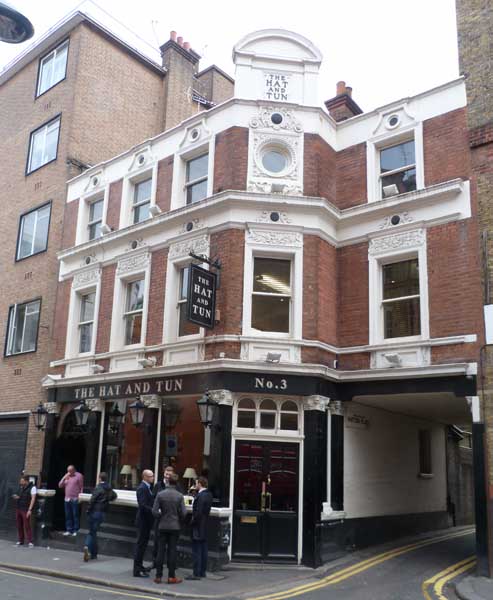 The last time I came here it had the most disappointing sign a pub window could ever display - "Closed for private party". I think that public houses should not be allowed to do this, and should still have to open the minimum hours they're licensed for. But with so many colourful jaunty blackboards and sophisticated looking posters to ring or email Jacinta or some such exotic sounding name, they're clearly very keen to have you hire the place out. I shall forgive them as long as they don't do it again. 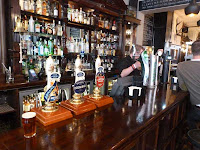 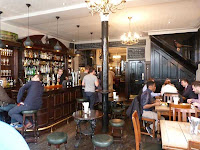 Anyways, that little moan aside it's all very nice. Lots of wood and hunting memorabilia make it look as old as it is and as rustic as you could get this close to the City. The food looked and smelled very nice, but as they have one of odious 'open plan' kitchens they'd be daft not to have it smell nice as there's no escaping it. The Adnam's Southwold wasn't very nice though, although not not-nice enough not to finish it mind, I'm not wasting a £1.95 half! 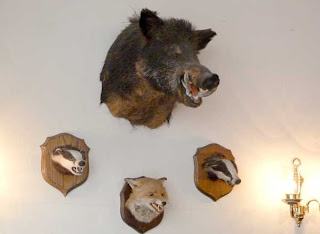 As an aside I'm sure the name is made up... even though it's the original name. "The Hat and Tun" on the land of Mr Hatton...? Hmmm. Or was there much hat making here before the jewellers took over. Still no matter - it's still waaaaay better than the pointlessly contrived "Deux Beers" moniker that it used to rejoice under when it was an awful hip 'n' trendy cocktail-wine-bar type thing. And indeed the pub now is waaaay better too.
By Albert Trinker on 18.4.13