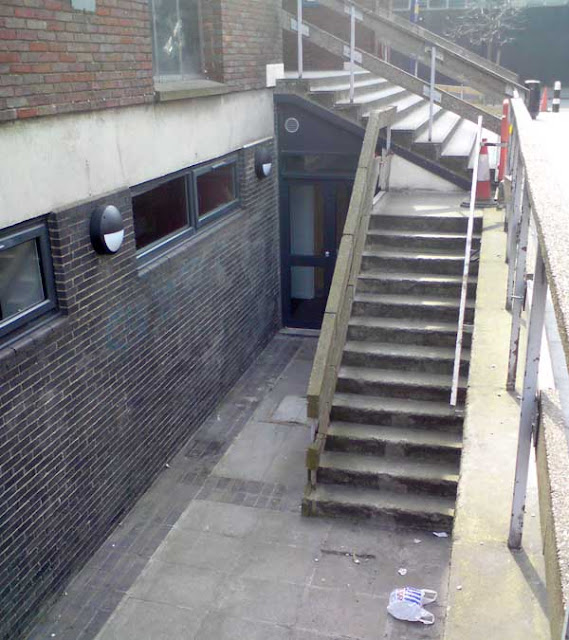 When is a social club not a social club...? When it's the St Aloysius Social Club, as although it called itself a social club technically it wasn't. You could just pop in for a drink, and was particularly popular with the Somers Town locals and the postmen from the Royal Mail depot at Euston.
It was also popular with jumble salers & music-lovers, in particular at the good old Tapestry nights, which introduced a new generation of trendy young things to the delights of light & bitter.

Popular that is until Father Michael O’Boy took over the church to which it is attached and from which it takes its name. He took it upon himself to rid the church of its bar and its largely secular gatherings. I believe the bar & function room, and all the wonderful 60s / 70s decor - presumably original as the church was built in the late 1960s have gone forever.  Word is that O'Boy will be off sooner or later to another bigger church at some point as he works his way up the Catholic ladder. I wonder if he'll be gone if & when HS2 put this outside his front-door?