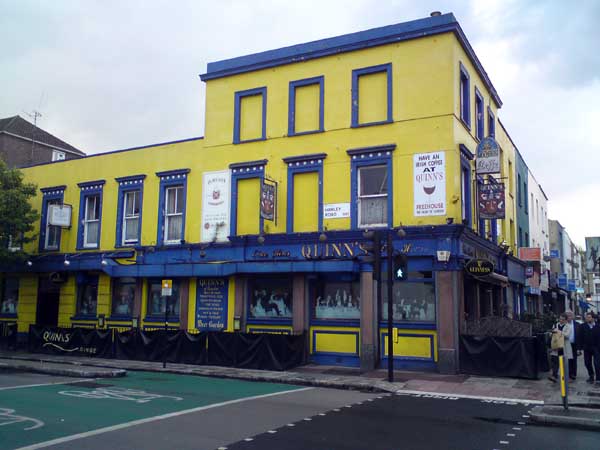 I never used to like Quinn's. It felt a bit naff, with bad beer. I couldn't understand why friends often wanted to go there, even though it was open late. Always quite handy when such things were a rarity. 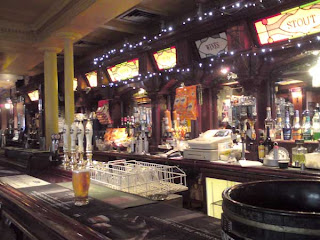 But it's growing on me. There wasn't much beer to choose from. Abbot Ale and Greene King IPA Reserve - which I'd never had. So decided to push the boat out and live a little... 5.4% - wooo!
The place was darkish and quiet, relaxing and comfy - despite the smell of bleach. 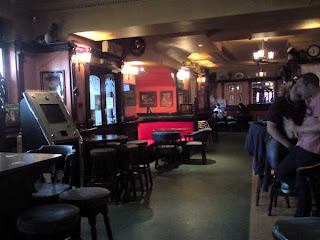 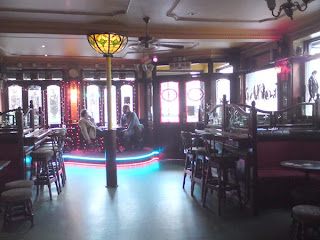 The barman was very nice, apologetic for keeping us waiting and then pleasant and chatty. A nice change to see an interested, knowledgable and grown-up barman. I was particularly impressed when he ticked off some yoof who had crept in to use the toilets without asking!

A pub that teaches the kids manners - I quite like Quinn's now! I've got a mate though who always called it "The Quinn's". Quite annoying that.