You never forget your first time. 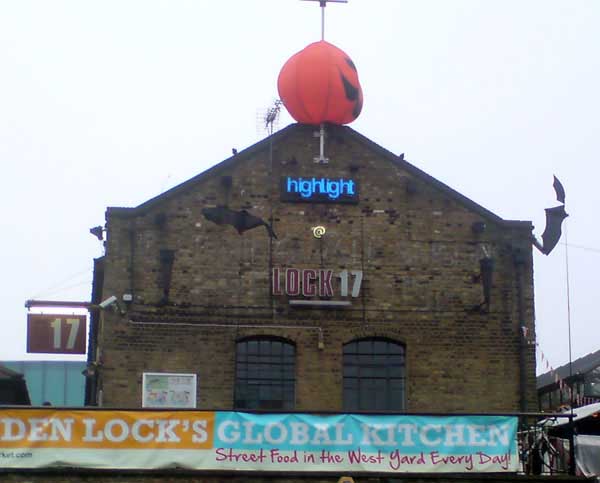 The year was 1997 and I was freshly arrived in London, footloose and fancy free. Living down in South London I heard much of Camden Town and it's 'vibe'. So after a couple of trains and tubes I had to come and take a look. I bought a leather jacket and had a slice of pizza at the much-missed Tasty Corner. I was young! I fancied a pint so popped up the road to the first pub I saw. And this was it.  Or maybe I wandering round the market bit nearby. I can't remember. Anyways, this was the first pub in Camden I ever went it. It was called Risa back then I think. I took my pint onto the decking overlooking the lock. The wind blew my Telegraph about. And then I went home.

I've been back a few times since, but there's no reason to go here. A barmaid in the Lord Southampton was telling me she was here recently and the whole place erupted in to one big fight. I can't even recall now what, if any, ales they do. But like much in this bit of town it's just one for the clueless carefree hipsters and wide-eyed tourists. But I'll never forget my first time - what I can remember of it.
By Albert Trinker on 3.11.12