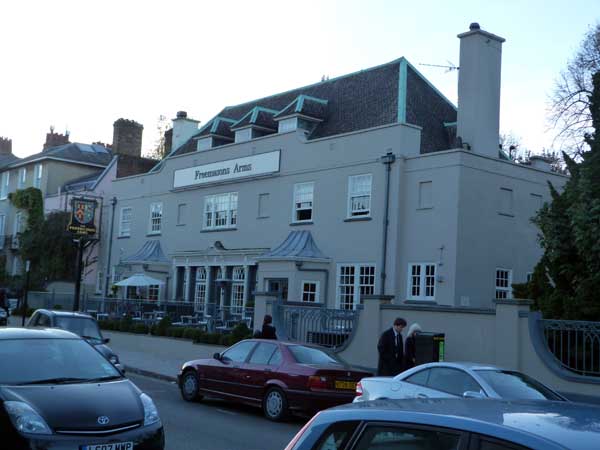 Recently done up and is now rather posh and soulless, although very 'nice'. I'm sure some people like it. Getting stung in pubs in nothing unusual these days, but in the garden here once I was properly stung by a wasp. My friend got me some ice, and then 20 minutes later someone turned up out of the blue with some ointment of some sort - which I thought was nice.
They have a bowling alley here, the one in the borough I'm pretty sure. And there's some rumour that it's built on a spring or something and that saved it from being redeveloped in to houses. I won't be rushing back but it's better to have a big old pub with a bowling alley than half a dozen over priced houses.
By Albert Trinker on 3.11.12