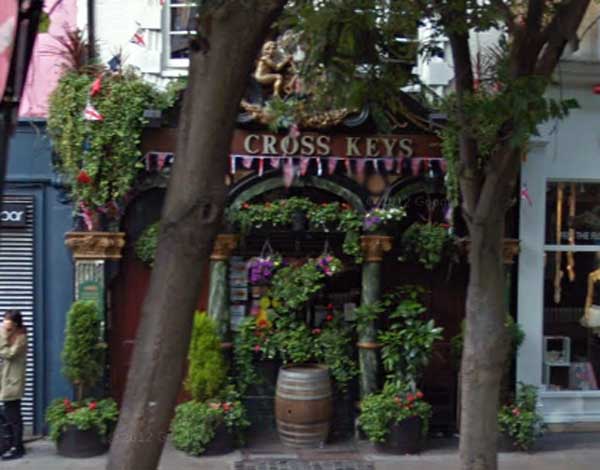 A pub famed across the Borough... across the capital - even across the world judging by the number of tourists in. But I suppose in Covent Garden on a Saturday afternoon that's what you'd expect. But is it even Covent Garden. Someone was trying to tell me last night it was in St Giles. I'm not convinced - Seven Dials if anything. 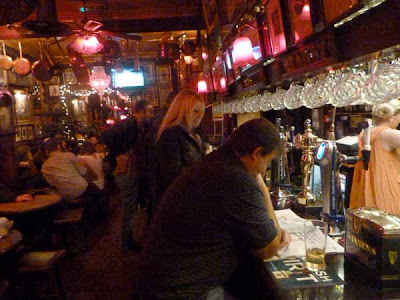 But who cares? It's a cracking pub. Feels like a proper pub, looks like a proper pub and with it being Brodie's central London tap it tastes like a proper pub. If you like Brodies that is of course. Even the bar staff are like proper pub barstaff, engaging with us punters even when they're not having to fetch us beer. Beware Chelsea though (Chelsey?) the lovely but undeniably cheeky local gal behind the ramp. If your mates  decide to play a practical joke on you while you're in the loo enjoying the pub-based cartoons, then she's bound to game to join in. Yes Chelsea - I got my jumper back thank you!! ;-) 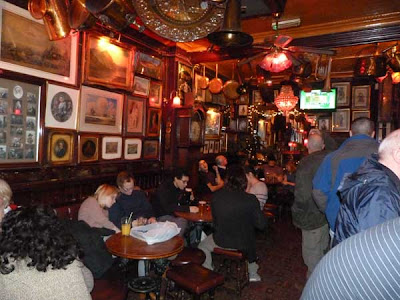 One of Camden's best I think, despite the tourists. Certainly one of the best in the locality. If you're in though and a load of wide-eyed tourists come in on a treasure hunt, looking for a King's signature above the bar don't help them. They're not welcome! Hoards come in, find it, and bugger without without spending a penny. Unless they also actually go to spend a penny in there. Others come in on a guided tour take a few snaps on the interior, turn on their heels and skidaddle. I innocently helping the treasure hunters, and got told all this as they were scarpering, pre-occupied with the treasure hunt involving a pub rather than a holiday involving a pub. So don't help them. In fact I'll help them - THE KING'S SIGNATURE IS ELVIS PRESLEY'S ON A SIGNED PHOTO ABOVE THE BAR. There you go treasure hunters - no need to darken the Cross Keys doors again. Unless you want a drink because THE BEER IS VERY NICE and it's a splendid pub and much better than A POXY TREASURE HUNT.
By Albert Trinker on 20.11.12