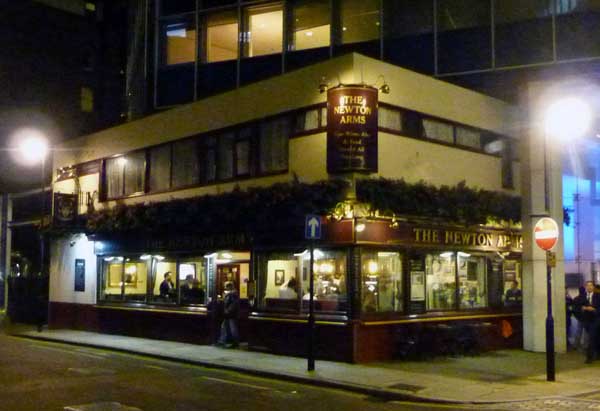 Funny what you find wandering about... Come to the Newton Arms - the council estate pub in the middle of Holborn! Or Covent Garden... or where-ever it is. But there's nothing wrong with that - it just looks a little out of place. 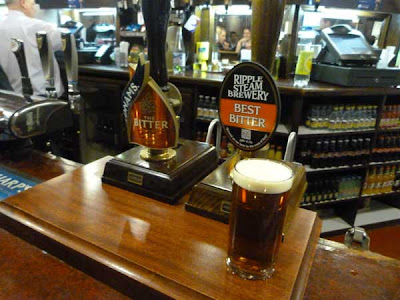 Inside it's bright and unpretentious, although the £1.80 for a half of Ripple Steam best wasn't all that unpretentious. The bar staff are old, or at least older and nowt wrong with that either, just something you don't see very much in London. Nicely turned out in shirts and ties they were, and just slightly grumpy enough for to know that you're not being patronised. They're probably family. 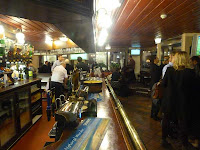 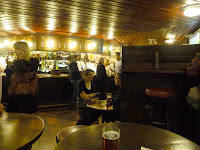 The place was busy with people going home from work, or going out from home, or going out from work. Bit of a meeting place this one. Although I'm sure they've got they're fair share of regulars.
I settled down between and old chap chuckling into his Kindle and two young smart bucks talking loudly and amiable about things that concern rich young handsome clever people who don't have a care in the world. They were drinking Guinness because it's more sophisticated than lager and ale is a dull old duffer's drink, or just that tad uncool for them although they'd never admit it. Their reasons for drinking Guinness were completely subconcious of course.

Outside there was a board with some kind of the history of the pub. I was going to go and have a read, but two women were sat directly underneath one either side of it smoking, so I thought to leave it another time.
By Albert Trinker on 20.11.12