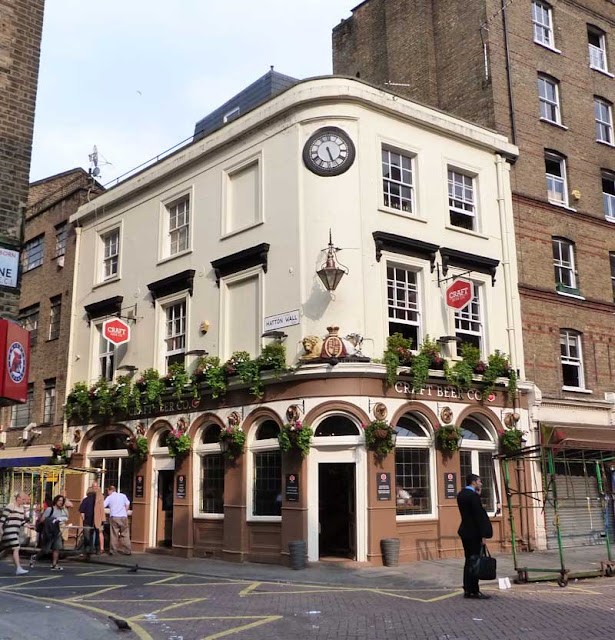 I'd heard about the Craft Beer Company a while ago, but was put off visiting by the name. 'Craft beer' says to me lager & keg. Usually cold and gassy, so it has to be pretty exceptional to be worth a taste - too many excellent cask ales around these days to make 'craft ale' anything special. And also the name - instantly it smacks off contrived-wannabee hipness. If they'd kept the original name of the pub - The Clock House - I might have gone much sooner. But that's the thing with 'craft ale', it's as much about being trendy & cool as it is about decent beer, but also that's thing about judging a judge by his title, as it were. Their claim too on the website they aim to "create a unique beer experience" must be mentioning as it is patronising, nauseating and bollocks. Who writes this stuff?
Anywyas, the good news is though that there's much more here than just craft ale and only a bit of bollocks. 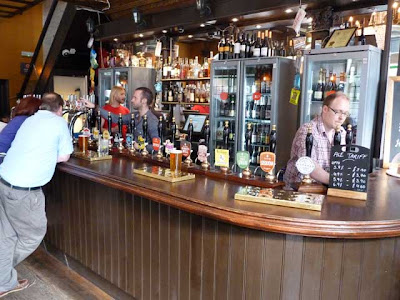 Inside you'll find 16 handpumps. Count them. Try a half from each and see how long you can go on counting them for. I went for a pint of Ilkey's Mary Jane at 3.5%. And very nice it was.
The interior is a bit dull, and for some reason they've opted for high bar stools around the walls - the bollocks I refer to. 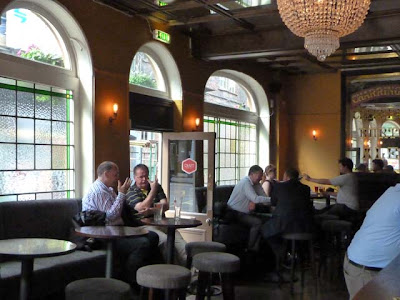 Another nod to the hip kids, but to me it just looked stupid next to the windows and made the place feel a bit uncomfortable and out of proportion. At least it should make it easier for bag thieves. Such a shame, as the place would have been lovely once - as the old ceiling and chandliers show. But not a huge worry really. They looked very comfy, and I don't recall hearing any music in there though, which far outweighs any odd seating arrangements.  (Odd seating arrangements that I readily admit probably wouldn't bother another soul on the planet...) 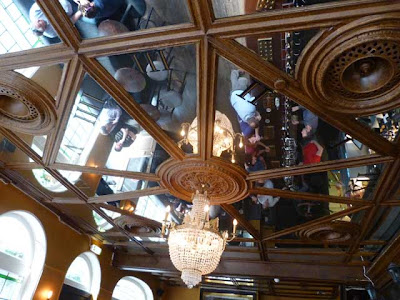 There's an upstairs room too apparently, but I didn't make the trip. I took my pint outside to enjoy the sunshine and bustle of the Leather Lane market.

Despite my seating reservations (pun intended) this is a jolly good pub, good ale and nice staff. Ignore the crafty tag, and be assured that they haven't created "a unique beer experience" - just a nice pub with lots of beer. Far from unique, but pretty much all you need.
By Albert Trinker on 1.7.12