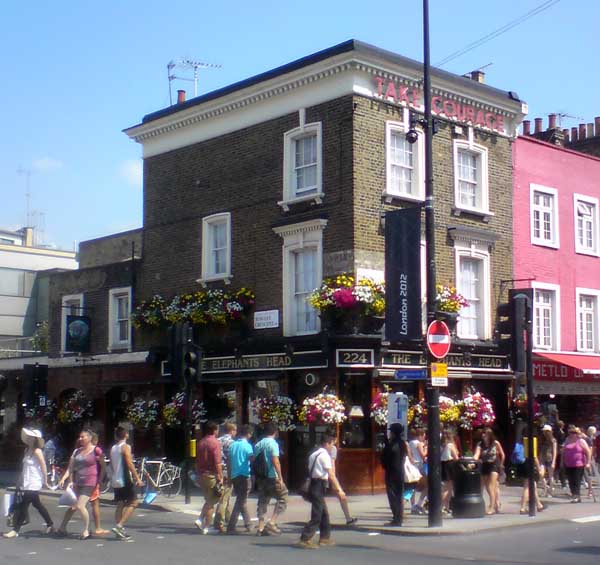 It's well known what they say about the feats of memory that our favourite pachyderm's loaf is capable of, but I am ashamed* to say that I don't really remember much of this visit. It had been a long day, and the accompanying photos may well convince you if you are doubtful. I took the one above a day or two later. 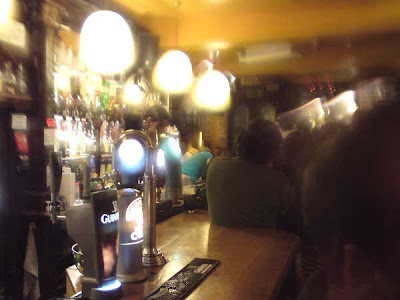 I remember talking to an Italian girl whose name was 'Gas' or something like that. She seemed very nice, and the conversation was along the lines of "You fly back tomorrow? Cool - call me next time, we'll hang out!" or some such drivel. I'm sure there was rockabilly playing, and many mods with braces, skin-heads, red Dr Martens and sideburns (and that's just the girls), but that might be an assumed memory as it's generally the case here any given day. 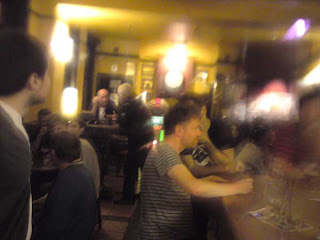 But I'm acquainted with this place well enough to not really worry much about not recalling much. It's a fun, harmless stopping off point in the middle of Camden Town. It can very busy in the evening, but I've spent many a pensive peaceful afternoon here, nursing a pint, a fag and crossword, leaning against a radiator observing the hustle and especially the bustle outside through a rainy window. 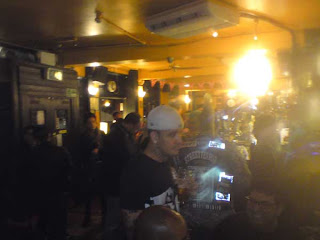 They usually have a couple of ales on, but often the barstaff are very foreign - I've on more than one occasion asked for a pint of best only to be rewarded with a pint of Beck's. It's a bit of shame that they don't make more of their history, it being one of few buildings - and the only pub that I know of - with a connection to the once mighty Camden Brewery. The site of which is now the TV-AM egg-cupped MTV. Actually, there's at least two attempts to revive Camden Brewery's old beer recipes for the Olympics... I wonder what happened to them.

It's one of more bearable places on this stretch of the High Street. Take that how you will!