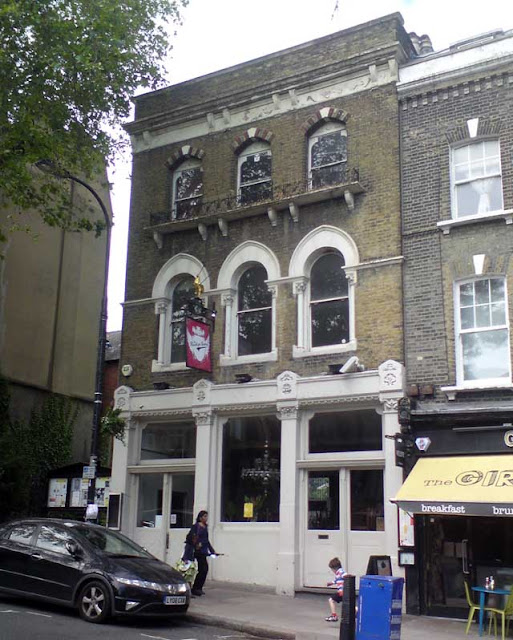 You have to look carefully for the Rosslyn Arms, as it blends in so well with its fancy-smchancy neighbours you might just think it's another posh cafe.  The story is that a while ago the dentist next-door and regular in the Rosslyn Arms loved it so much he bought the company. Now he's sold it on, and it's closed. Just temporarily apparently, but I wouldn't bet against it being less pub and more gastro when / if it re-opens. Perhaps the new owners will notice that what Rosslyn Hill really needs is another expensive frock shop, or posh toy shop that only sells toys made out of wood. A pub, round here?!
I read that the dentist in question claimed that he'd created "neither a gastropub nor a traditional boozer". And last time I went in a few years back, that's exactly what I thought. I didn't like it though, and haven't been back since. And we'll think about going back at all after the doors are open again.
By Albert Trinker on 4.7.12