If the cap fits 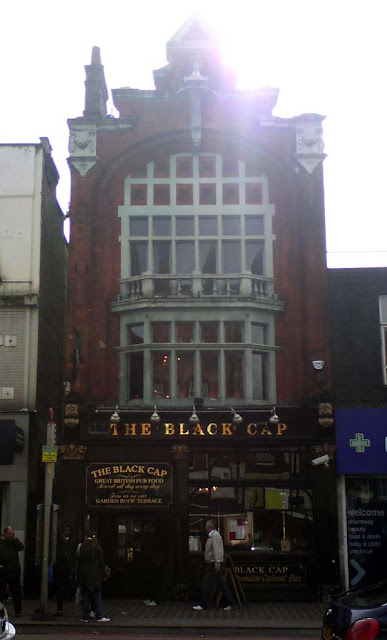 So many pubs in Camden threatened with closure at the moment from developers wanting to do their thing. And at the time of visiting The Black Cap was one, although now a month later with the help of Cindy Beale from Eastenders it's been saved. Well, they didn't want to close it down completely, but just build flats upstairs and move the bar area downstairs to the cabaret room. There's not many cabaret rooms in Camden nowadays so thanks Cindy! 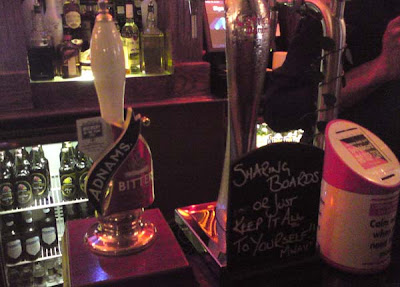 Initally on going in a large bouncer demanded a contribution off me in that "there's no entry fee but a voluntary contribution to charity" way that makes it clear that it's not voluntary at all. I'm not sure whether he meant just to get to the bar upstairs, which seemed harsh or in to the cabaret room downstairs. Anyways, I didn't have any change so I told him I'd go and buy a drink and then give him his precious ten bob.
The bar upstairs is cosey and comfy, but the choice of one ale wasn't very my favourite really. Oh well, I guess the clientelle here doesn't include many Camra members. Oh - it's a gaypub, did I mention that? 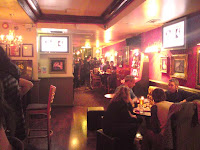 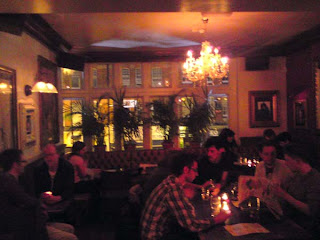 Not much to see upstairs - I forgot to check out the balcony garden bit although the last time I went out there years ago excotic cigarettes were much the vogue - so I went downstairs to see the cabaret, with donation ready. Luckily the rude bouncer wasn't there so I just walked in. There was about 10 or 15 other people in quite a sizeable room watching a 'lady' singing and doing cabaret style things. Very entertaining she was too, in a kind of 50s Soho way. It was quite fun, in fact she was less of a drag than the Adnams. But none-the-less I didn't feel the need to stay for another pint. 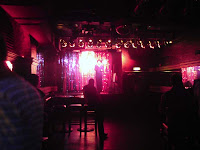 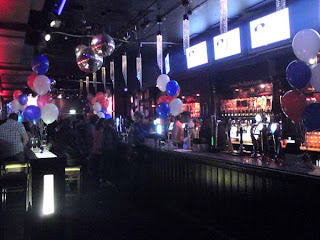 So if you're gay and/or fancy some camp cabaret and/or some dodgy Adnams go to the Black Cap. But if you're passing and not going in do glance upwards to see a bust of the Old Mother Red Cap - the Shrew of Kentish Town - who gives the pub its name, although I can't quite figure how.
Also be sure not to miss the nice Victorian tiled mural on the way in, as I did. Dratted moody bouncer!