The magic has gone 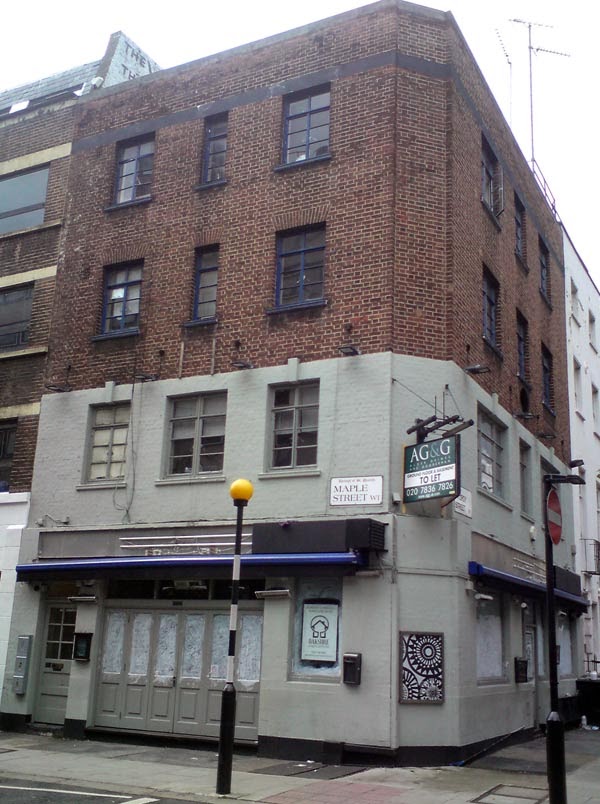 Sadly never got a chance to go in here. Well, I did but everytime I looked in it looked so awful I put help but put it off for another day. Black, barren and cold looking - I guess they'd call it stylish - all they offered were lagers and cocktails. I'm sure it was better when it was the Yorkshire Grey, and who knows - may be it will re-open as a proper pub again one day. But as the downstairs is full of slum-landlord style beds and chests-of-drawers at the moment, that doesn't look good. Then a large hand at the end of a hi-viz sleeve appeared from nowhere and covered up the hole in the whitewash I was peering through. Magic!

2015 update: It's re-opened. Actually it re-opened a few weeks ago but I've only just dared (well, bothered) go in now. It looks more enticing than Potion did, but Potion never looked all that enticing. 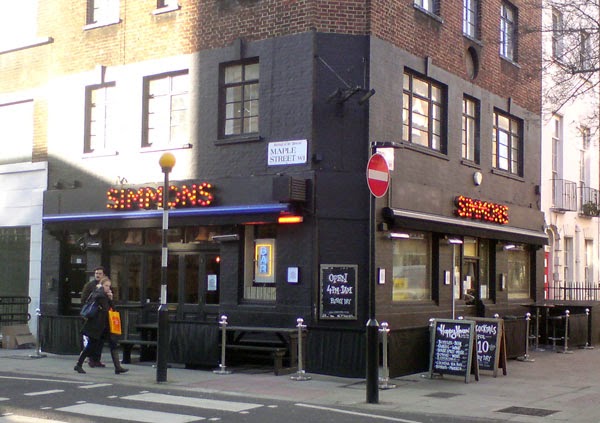 It's a Simmons, and they've branded it like a fun-fair unlike the urban chic of it's Camden Town sister. Which I suppose I'll have to visit too. Save that treat for another day. 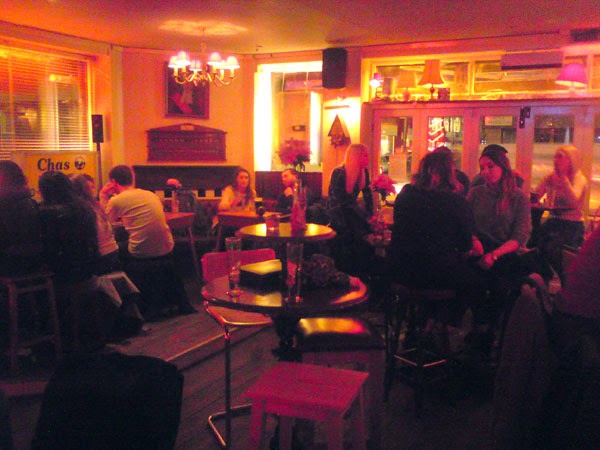 And with its mismatched furniture, wacky lamps, pointless snooker scoreboard... traffic lights?? etc., it sure looks like fun. 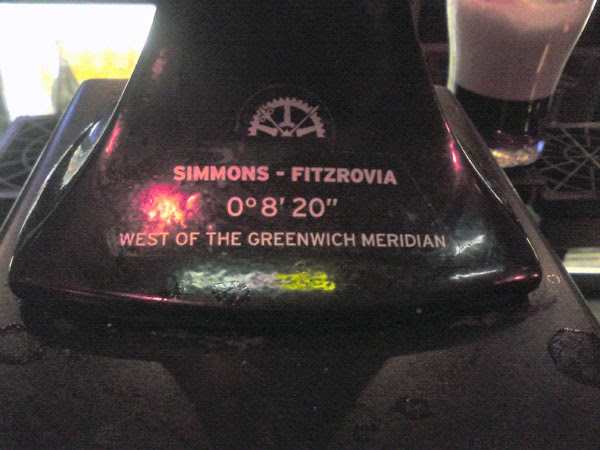 No ale, but the Meantime pump tells you exactly where you are. It doesn't tell how much it costs though, which £2.60 a half. I later found out they had bottles of Pride. 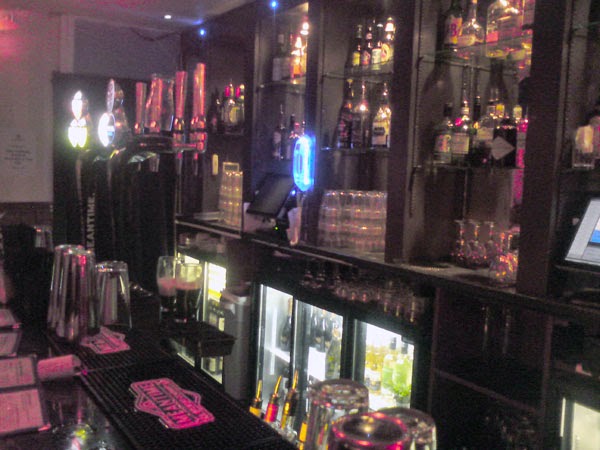 I got chatting to lovely young ladies, which is worth mentioning because it doesn't happen often. I showed them how to type on the antique novelty typewriter on the bar.
Downstairs is another bar, and intriguingly behind a secret passage! Or next door's cellar. 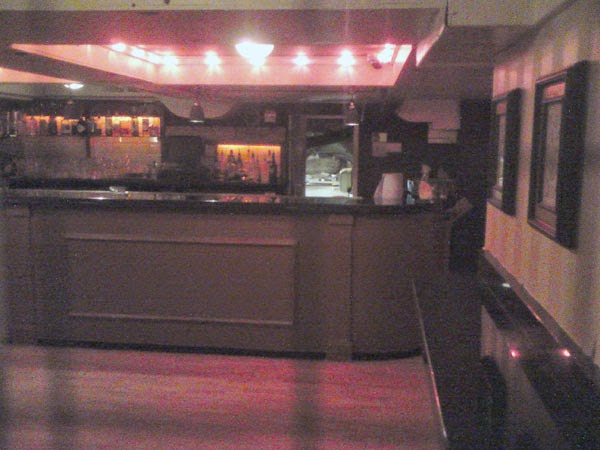