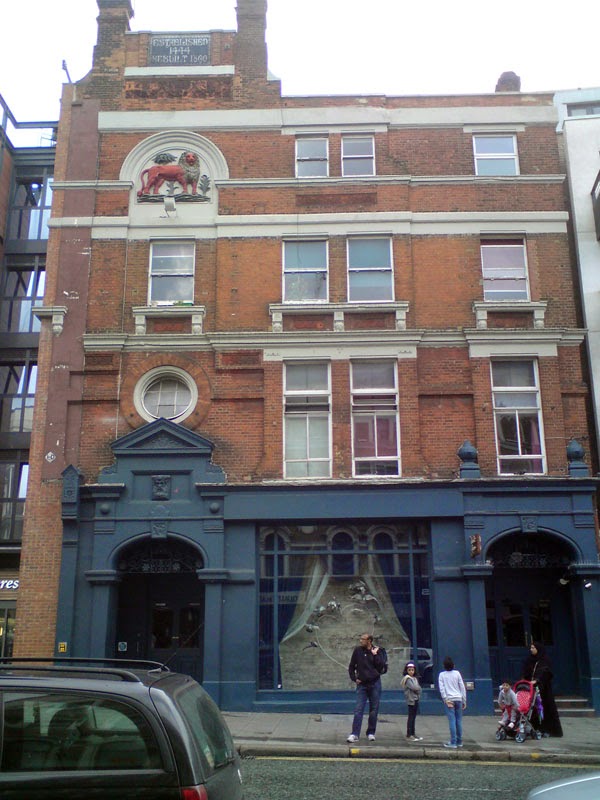 I remember when I lived round here that this was one of the roughest pubs in the area. Well, for "rough" read "untarted up", and as a fresh-faced 20-something never went in.
However I did go in during its later incarnation as The Westbury, but didn't like it much. Fancy sounding lager in big glasses, large chunky tables that look like they've come out of a castle kitchen with big chunky candles on which look like they've come out of a castle dungeon. Big low sofas and a general air of "we're so cool and hip and fancy but still a pub - we've got everything." but it wasn't really my cup of tea, and not most other people's either which is why it's something mysterious called "Love and Liquor". It was open when I was passing today, but it looked like a strip club. Turns out that it's a "Bar, club and party venue." which doesn't sound like my cup of anything.

Oh how I miss the Old Red Lion (one of the oldest pubs in Camden) - even though I never went. Use it or lose it.