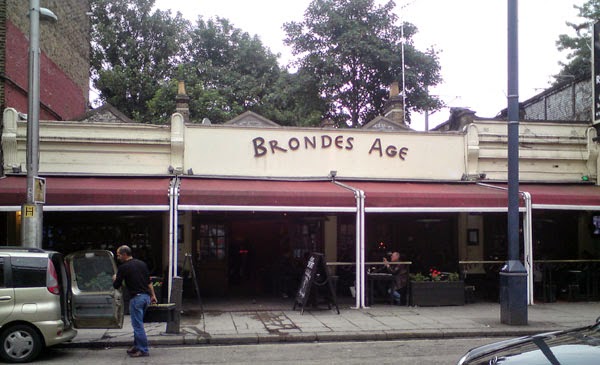 When you say "Brondesbury" you do indeed pronounce it "Bronze-bree" but when presented with the word "brondes" I would pronounce it "brondess", so it took me while to figure out the punning title of this pub. And a more random and feeble pun I've not heard in any Camden pub name. 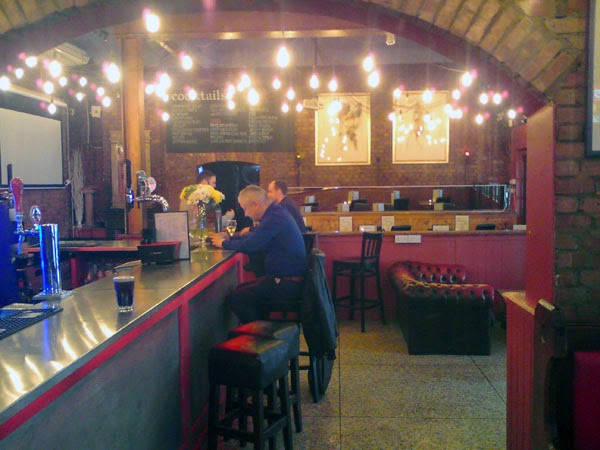 What a funny place. Looks like an old petrol station at first. But apparently it's a parade of old shops knocked into one. And inside it's a combo of club/diner/bar, and seems very foreign... something American about it. Looking an ale on offer lead to a predictable disappointment so I had the Guinness. 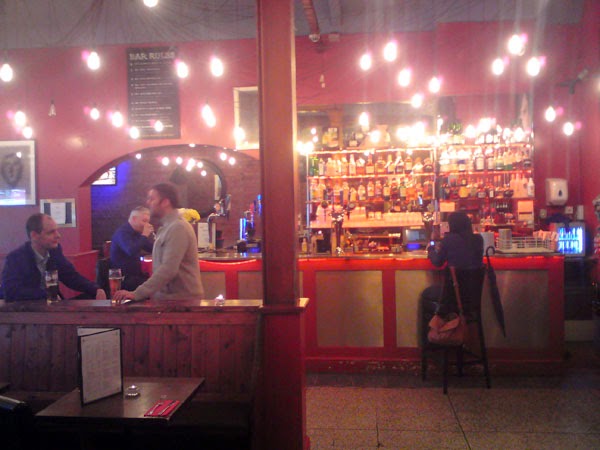 The bar staff were busy entertaining themselves and the odd hanger-on at the end of the bar. But one nice thing... the doors were wide open and the smell from the smokers was drifting in, making it smell like pubs used to. Didn't seem much else like a pub though.