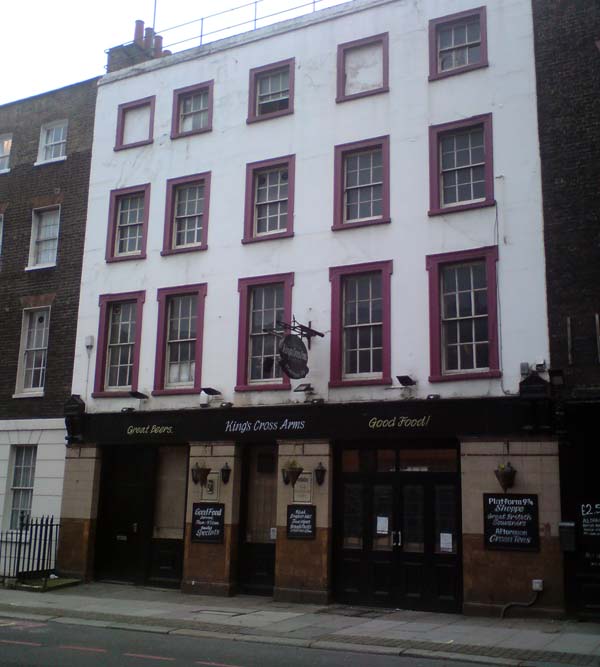 I remember this place being a wine bar called Swinton's a while back, it's on Swinton Street you see, so I was never tempted in. But alas now I was tempted in it's closed. I think we're approaching 50 pubs in Camden closed now this century. Funny thing is Water Rats, The Lucas Arms and The Queen's Head nearby were heaving, well doing rather well anyways. Maybe people were put off by its assumption that a railway station would have a coat of arms. Perhaps the "LNER Arms" would have fared better?

Or maybe it's just that a pub can never recover from winebarification.