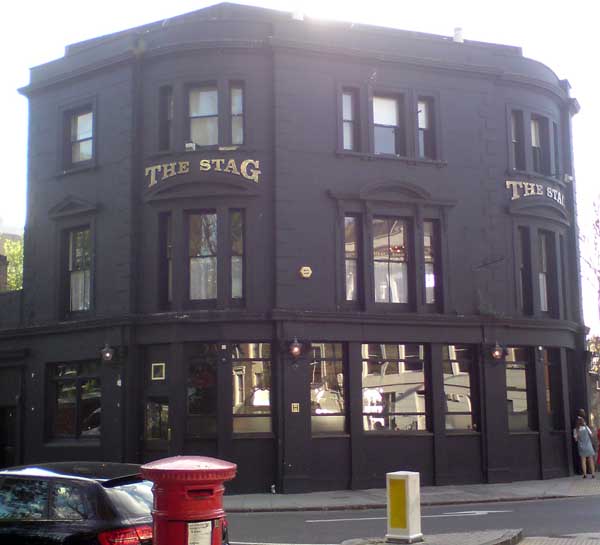 Another tatty old boozer done up as a gastropub, but it seems the trendy young-ish well-to-do cool-crowd like it. I'm pretty sure that 90% of the folk here would be in the 25-35 age bracket, and thankfully none of them these days need to bring their hard-hats with them. We hope! The bouncer on the door - at 5pm on Sunday! - would probably make you take them off anyways.
And at least Otter Ale was very nice. The Yorkshire puddings on people's late lunches were generous too, but Yorkshire puds with pork?! Please! 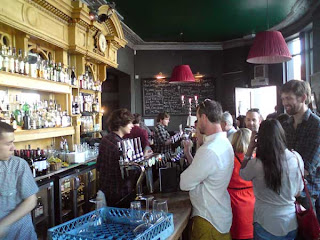 I've only been here a few times, despite the fact that it was one my nearest pubs when I lived just up the road (opposite Nicholas Parsons, which is enough to drive anyone to drink!), so I've even taken in the interior. The old bar is nice although I'm not convinced by the yellow paint job on it. They'd probably call it "blond"or "natural pine effect" or something. I would prefer to be dark and gloomy, but that's just me. I'm also not convinced by day-time candles or the not-even-trying-to-look-real piles of logs round the fire. 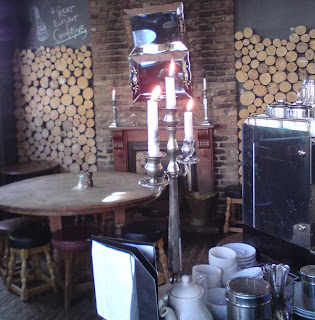 And I'd never been outside either. The beer garden is huge, and busy. Similar to the Edinboro Castle it's probably as big again as the pub - which I'm sure can lead to far too many people at the bar than is good for a thirsty drinker. The music that was laid on and sunshine gave it the feel of a little festival, much to the delight I'm sure of the lady in wellies. Too bad that she only had to wave through gravel rather than mud though, gravel full of fag ends - why do people do that? 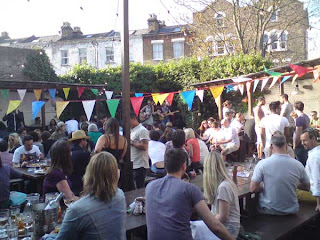 All a bit lively for me, I'm sure it's a bit calmer when it's not a bank holiday weekend though.
By Albert Trinker on 27.5.13