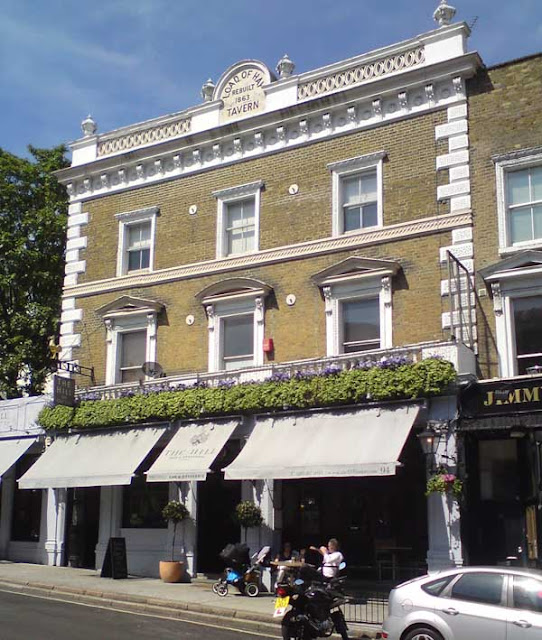 Ahhhh The Load of Hay, just round the corner from Chalk Farm! Nice to have these reminders of when this part of town was just a meadowy hill in the middle of nowhere, between Hampstead and London. But no more, all we're reminded of now is that we're on a hill. The Hill indeed, and having just walked up in on the a rare warm day I don't need reminding. 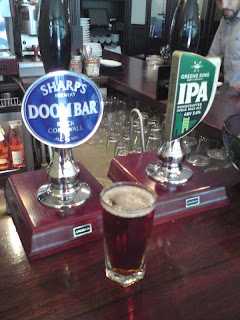 I was told once that this used to be a "boxing pub", whatever that means, and had a gym for that purpose out the back. Now it's just another gastro-pub. But having said it does seem like rather a pleasant one, and at least it has one small-ish side room that still tries to look like a pub. 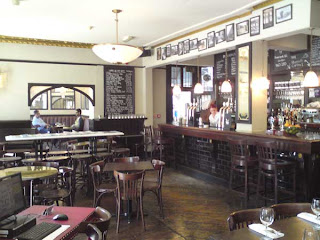 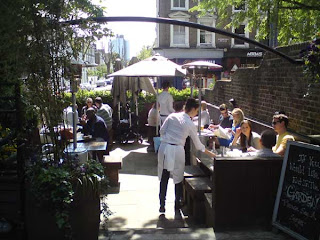 I didn't try the food, but the Greene King IPA was fine, even though it had some bits floating in it which might have put off a less hardy soul than I. The beer garden looks nice if you like that kind of thing, which I don't. I'd prefer to drink on the pavement to be honest, like Sean Bean was once when he got in a fight here.

They have a piano here, which pleasingly they now use. On Sundays and Thursdays I think the friendly chap behind the bar said. I might well go back and have a listen some time.
By Albert Trinker on 27.5.13