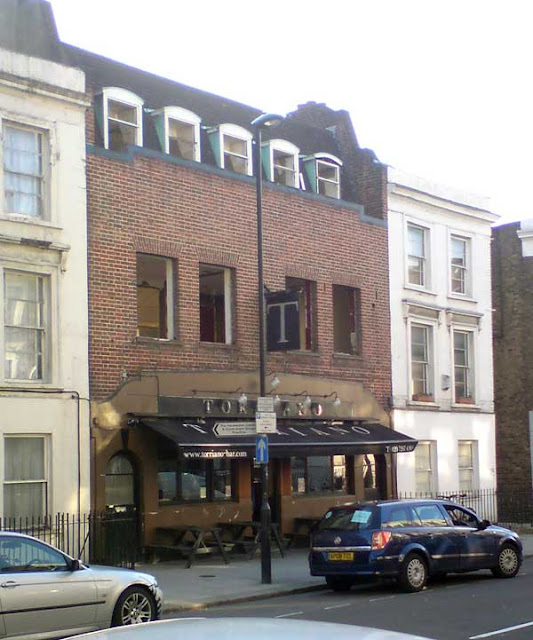 At around 11am or noon or there-abouts I went to Sainsbury's and just as I left I noticed a lady's rather garish leggings and her shaven headed companion. I noticed them not just because of her leggings but because she was swigging from a bottle of wine, and was already about half-way down it. Early bird gets the worm I suppose.

That evening I went to the Torriano. As I approached there was some sort of altercation going on in the back of a taxi outside the pub. Some people came out, shouting and screaming at the people who as it turned out were attacked the taxi driver. The dragged a girl out who fell on the pavement, while a chap inside the car still had the driver in a headlock. I recognised the girl's leggings immediately. It the was middy wine-drinker, now very much worse for wear some 7 hours later.
They had been causing much trouble in the boozer, the police had been called had they'd been chucked out. The taxi driver drove off, and this awful couple staggered away. The small crowd of us on the pavement went inside, and the door was locked. How exciting, unfortunately. 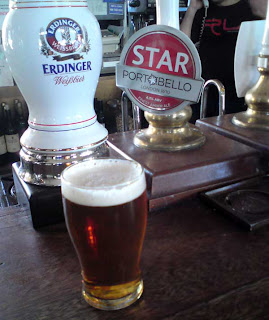 The Torriano deserves better. I always thought it a bit grubby, but that's ok really. No frills! It's a nice friendly place, the locals are local and barman very pleasant. The one ale was nice too.
It used to be called The Rose & Crown once, but was renamed possibly when the Torriano Arms on the corner closed. Perhaps there's covenant somewhere that says there has to be a pub named after the old land-owner somewhere on his old land. 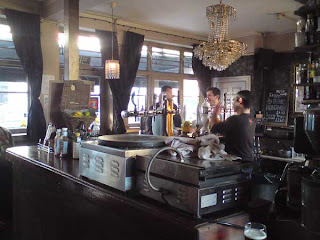 It was famously saved from becoming flats, thanks in part to celebrity support, and that's a good thing. It's not a bad old boozer. I'd frequent it a lot more if I lived in the lovely little cottages just round the corner.

I guess dealing with angry drunken Polish idiots is par-for-the-course though for your hardworking everyday publican. As I left the charming couple were robbing & trying to smash up a corner shop, and then tried having a go at a lad in car. Shortly later a police car passed me heading their way. I hope it was for them.