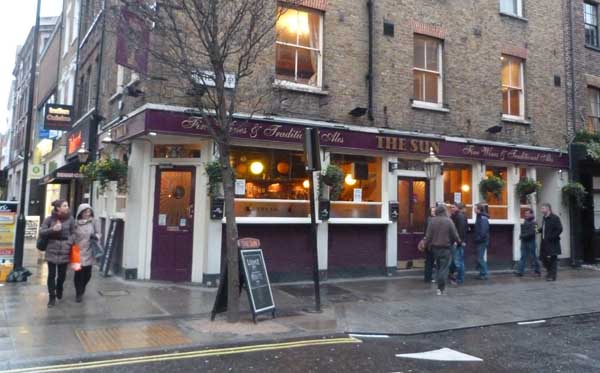 I can't say I'm overly familiar with top-end of Drury Lane - the 'rough' end you might say, but I don't recall ever even noticing this pub before. Fancy that. 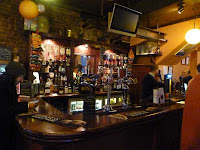 Except it isn't all that fancy, not that that's a bad thing of course. No frills at all really. No nonsense here. Greene King IPA and Flowers Original on offer - I went for the Flowers and settled down watching the footie results on the telly.

Everyone here were English and from London it seemed, or the South East at least judging by the "faaakkkkin eeeeewwwweeelllll" type accents. I guess they were beginning a big Saturday night out round the West End. A few older couples might have been going to, or coming from, the theatre. Or just out shopping. Who knows?! Who cares?!

A properer and less pretentious pub than the White Hart a few doors up the road.
By Albert Trinker on 10.2.13