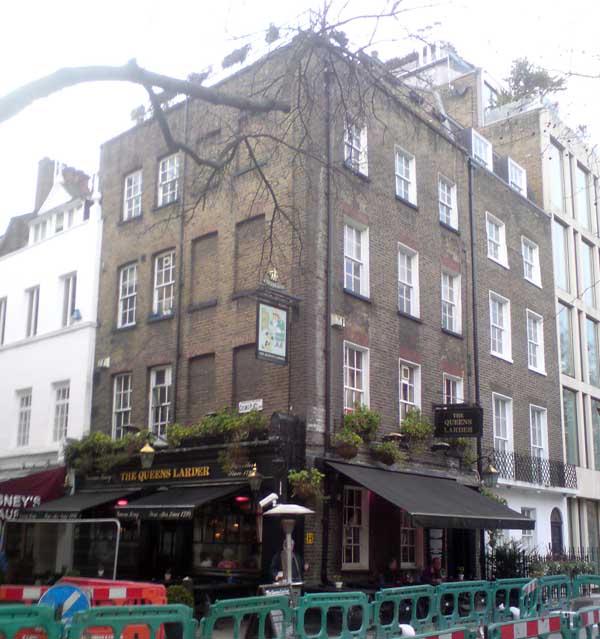 Whether or not you believe the story behind the pub's name - Queen Charlotte, wife of George III, kept food here while he was treated for madness nearby, which does sound plausible - it'd be nice if they kept an apostrophe here too. I beginning to think the opposite of a grocer's apostrophe is the publican's apostrophe. 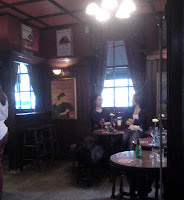 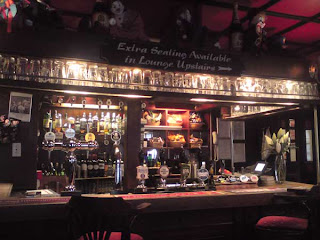 It's small and cosy and very nice. A grown-up behind the bar - she was pleasant and efficient. A young man came in looking for a job and was sent away with the one syllable that necessary. I had an Greene King IPA which was nice. Was going to perch myself in one corner next to two attractive young ladies working their way down a bottle of red but was warned that the empty banquette seat there was soaking wet. So I settled in the other corner next to some noisy chatty Germans.

Odd collection of clowns above the bar, and the music was courtesy of Now That's What I Call 80s & 90s MOR Easy Listening vol. 49.